What comes to mind when someone mentions the abandoned 14th century city of Angkor, Cambodia, and the modern capital city Santa Fe, New Mexico? Most people would agree that there aren’t many similarities; however, the ATLAS Water team of explorers at Piñon Elementary School may disagree.

ATLAS stands for Always Think Like A Scientist. Courtesy of ATLAS Water

Studying local customs regarding water use, ATLAS found that New Mexico has 400 years of experience using communal canals called acequias to distribute water. The acequia system is based on balanced allocation of resources under constantly changing conditions. The community-operated system requires more work and planning but seems beneficial in times of water scarcity.  It is because of acequia water customs that Santa Fe is like Angkor, Cambodia. Both cities boasted successful community-operated acequia systems. But if the cities are similar, ATLAS had to find what caused Angkor’s fall and determine ideas that could prevent the same fate in Santa Fe. ATLAS found that in the 1400s, the Angkor region experienced climate change and the complex system that brought water to the city and surrounding rice paddies experienced cascading failure.  Furthermore, storm damage led to erosion, and sediment filled in hand-dug channels that ultimately proved irreplaceable.  ATLAS determined that without water, the city had to be abandoned. 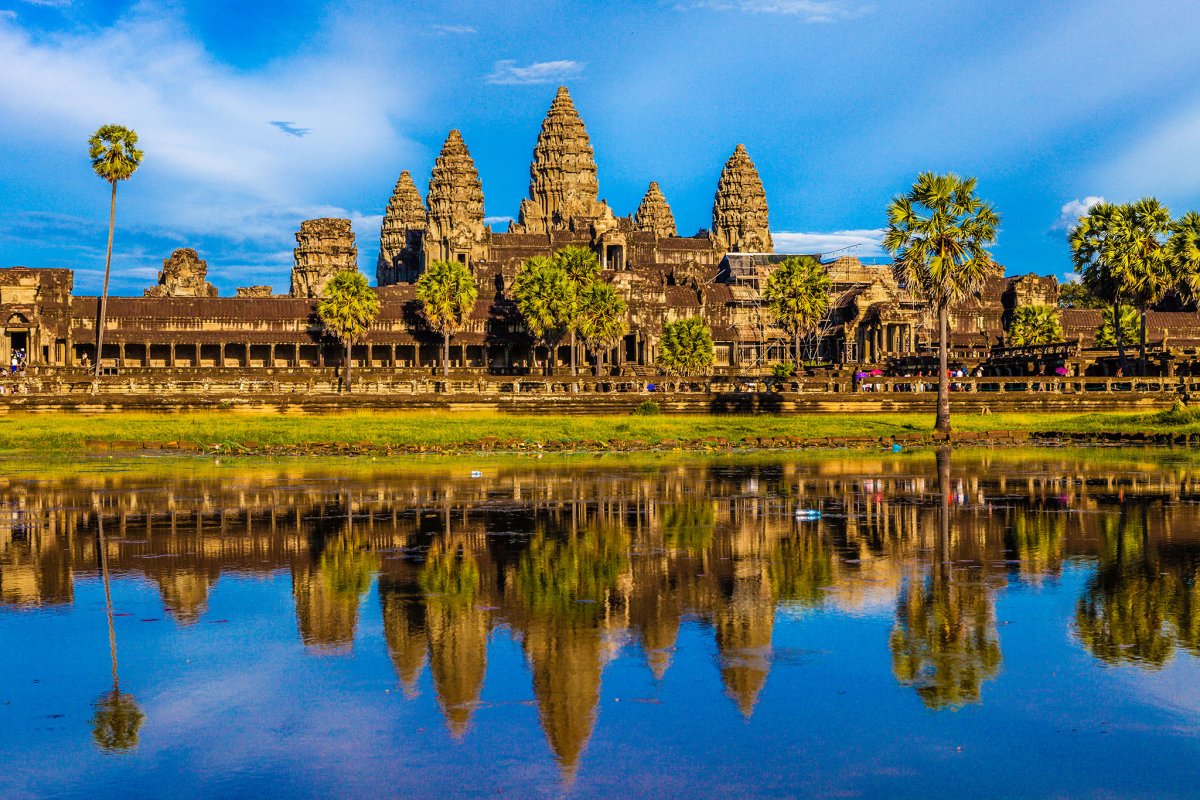 The Angkor Wat temple is the most famous building of the abandoned former capital of the Khmer Empire (9th-15th centuries). oleskaus/iStock/Getty Images Plus

The team then shifted their focus to 21st century climate change and how Santa Fe could differ from Angkor. Fifth-grade team member Antonio Pell said, “Santa Fe’s water system is complex like Angkor’s was, and Angkor fell because of it. But if we work together, Santa Fe can survive climate change and help other cities survive, too.” ATLAS worked with Damien Evans in Paris, NOAA climatologist Howard Diamond, California artist/conservationist Wyland, and University of New Mexico Professor John Fleck, as well as local water experts, to understand the complexity of Santa Fe’s water distribution and used NOAA’s Climate Resilience Toolkit (https://toolkit.climate.gov/) to look at climate predictions in Santa Fe’s watersheds. They found that 60 to 70 percent of Santa Fe’s water originates in the tributaries of the San Juan River and goes through extensive infrastructure after being diverted from the Rio Grande by the Buckman Direct Diversion. Piñon 6th-grader Kairav Sharma summarized, “If it [Buckman] failed for long we would have to conserve a lot until we got it fixed.” 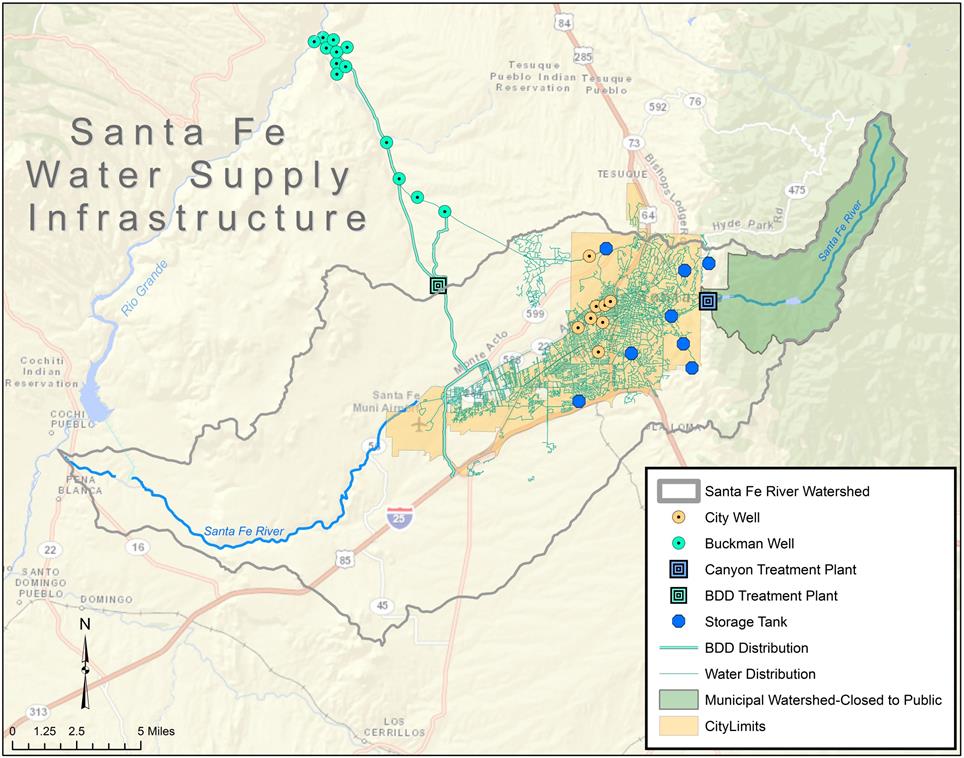 This map shows Santa Fe’s water infrastructure with all the green dots and lines showing distribution from the Buckman Direct Diversion. City of Santa Fe

The complexity of how water travels to Santa Fe is only part of ATLAS Water’s concern. Climate change estimates show that the daily highs in Santa Fe will be about 5˚F higher in 2040 than they are now.  Those higher temperatures will lead to more evaporation and less runoff into the San Juan headwaters and Rio Grande. Additional heat also will increase water demand.  Plants, such as Piñon pines, that can’t handle the higher temperatures may die, leading to wildfires and deforestation. Scientist estimate a 15 percent increase in extreme weather events like wildfires, which increases likelihood of damage to infrastructure like Buckman Direct Diversion. Increases in population and sharing water resources with other large cities could also strain Santa Fe’s water resources. 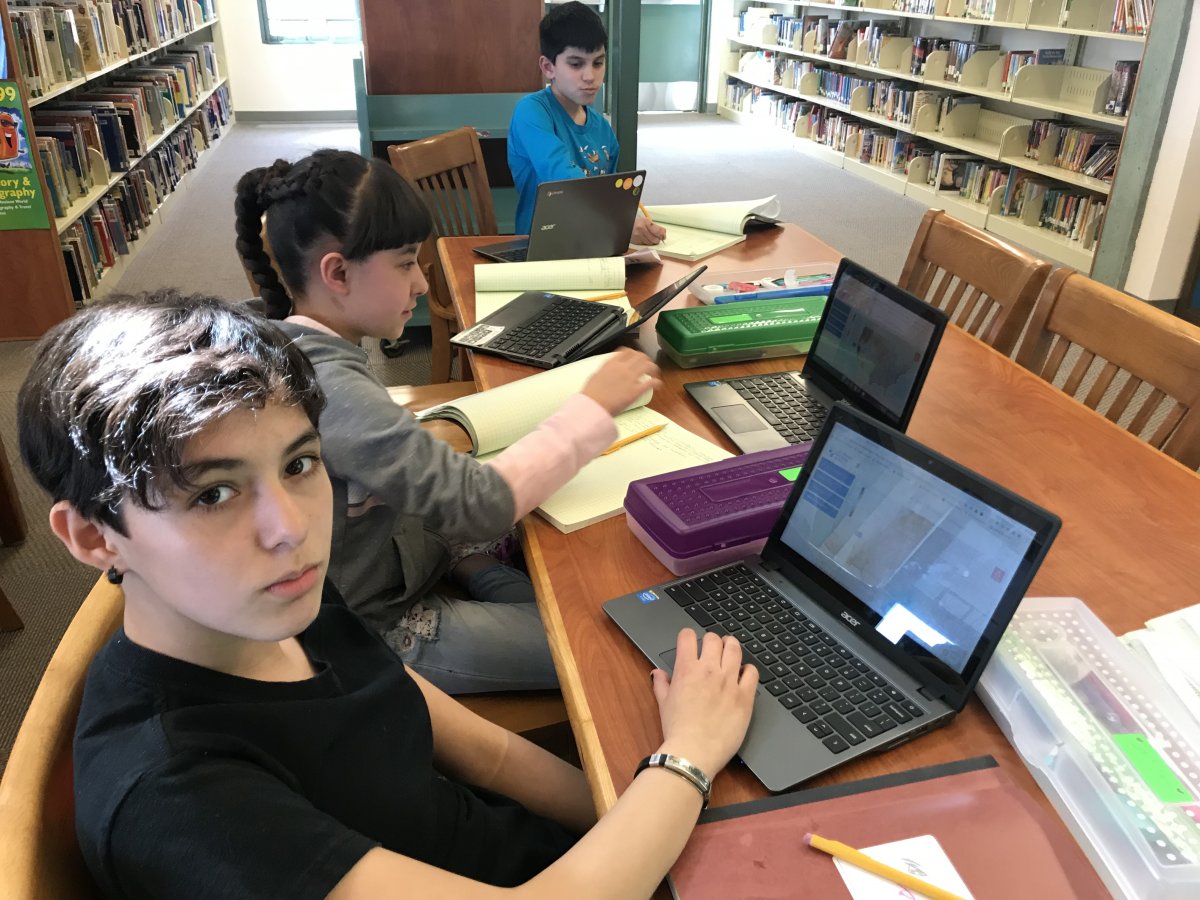 ATLAS Water concluded that while the climate change analysis seemed bleak, Santa Fe would be able to withstand with some changes. “At 90 total gallons per person per day, Santa Fe is pretty good at conserving water,” said Piñon 6th-grader Lulu Baca, “especially compared with nearby cities like Las Vegas [Nevada], which uses 250 percent more.”  ATLAS determined that implementing some old New Mexican values could be beneficial in water conservation. According to city water conservation officials, about 40 percent of current water use in the city goes to landscaping. ATLAS suggested changing the types of plants used to minimize the amount of irrigation necessary. Extravagances such as green lawns and swimming holes should be public and located in the city commons. The team also advocated for neighbors working together to teach and learn ways to conserve water that help the entire community.

As philosopher George Santayana said, “Those who cannot remember the past are condemned to repeat it.” Applying what ATLAS learned about climate change and Angkor’s failure of water infrastructure, the team realized that routine water conservation could help lessen the chance of failures of Santa Fe’s water infrastructure. They determined the best course of action to ensure the city’s long-term future is to promote conservation habits now.

The Smithsonian Science Education Center provides seed money to a school that wants to run their own after-school course focused on a locally relevant socio-scientific issue using our “Always Think Like a Scientist” (ATLAS) program model.

ATLAS is a place-based, community-based after-school program that uses a near-peer mentoring model—a local scientist teams up with a local science educator; they then identify two local high school students who serve as Lead Explorers (peer teachers) who earn either community service hours toward graduation or independent study credit from their high school. The Lead Explorers meet with the scientist and science educator on their own for several weeks and identify and discuss the science behind a socio-scientific issue that is of importance to that region (e.g., such as climate change, water scarcity, mosquito-borne diseases, food scarcity, etc.). The Lead Explorers then serve as the teachers for the 10-week after-school course under the guidance and mentorship of the scientist and science educator. Parents become a crucial part of the 10-week course, which ends with a community/parent event where students present their pledge for action to help address the issue in their community. Each team then works with their local media and/or school/district web support specialists to build their own website that encourages others in their community to join them in their pledge.

Here is a video and website from our ATLAS Santa Fe project: https://atlassantafe.weebly.com/.