What is the Winter Solstice?

If you have ever gone swimming in summer or had a snowball fight in winter, then you know something about seasons. Seasons are times on Earth that have very specific weather patterns and hours of daylight. Earth’s four seasons are spring, summer, fall, and winter. Seasons are caused by Earth’s changing position as it revolves around the Sun. Some people think that the seasons occur because of Earth’s distance from the Sun. However, Earth is closer to the Sun in December and January and farther away from the Sun in July and August. So what’s going on?

All of the planets and bodies in our solar system orbit the Sun. This is called a heliocentric (sun-centered) orbit. Almost all of these objects also travel in the orbital plane. Think of this as a flat disk, with the Sun at the center, extending out toward the edges of our solar system.

As Earth travels in its orbital plane, it is held in place by the Sun’s gravitational field. Earth also tilts on its axis at 23.5 degrees to this orbital plane. This means that the north and south poles of our planet are not straight up and down as we orbit the Sun; they are always at an angle. Earth’s rotation on its axis takes approximately 24 hours, which is why we have day and night. It takes Earth about 365.25 days to complete one entire revolution around the Sun, which gives us 1 year. As Earth revolves around the Sun, it rotates on its axis. Sometimes Earth tilts toward the Sun, which is when summer occurs. In the winter, Earth tilts away from the Sun. 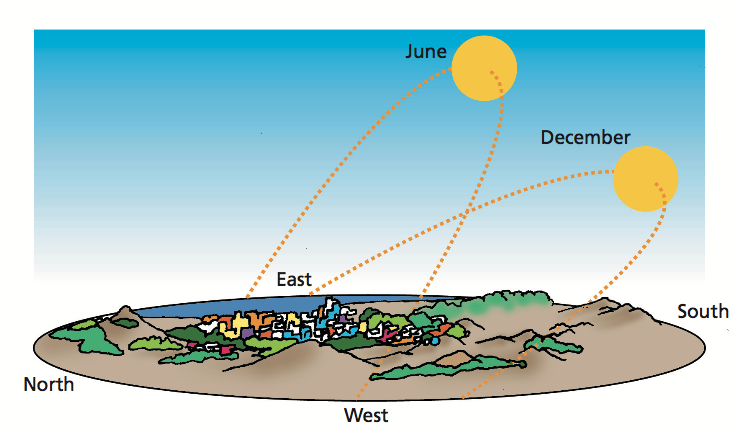 The angle of the Sun above the horizon is much greater in summer than in winter. Image: Smithsonian Science Education Center

In North America, around June 21, Earth tilts on its axis toward the Sun. This is called the summer solstice, and it is when the Northern Hemisphere has the most daylight of any time of the year. It is also when the Sun appears to be the highest in the sky, and it has its greatest angle to Earth. The higher the Sun is, the more sunlight and heat Earth receives. This is when the days are longer and the nights are shorter.

Around December 21, the Northern Hemisphere tilts the farthest away from the Sun. This is called the northern winter solstice, and it is when we have the least amount of daylight of any time of the year. During this time, the Sun appears lowest in the sky, with the least angle to Earth, and we receive less sunlight and warmth. This is also when the days are shorter and the nights are longer. 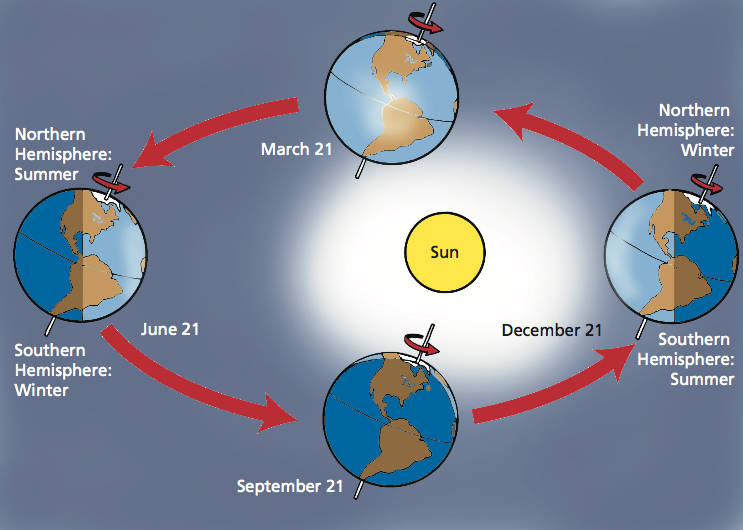 Around March 21 and September 21, Earth is angled approximately 90 degrees away from the Sun (a right angle). This is when the spring and fall equinoxes occur. During this time, both the Northern and Southern Hemispheres are exactly the same angle from the Sun. Therefore, we all experience about the same amount of daylight and darkness. 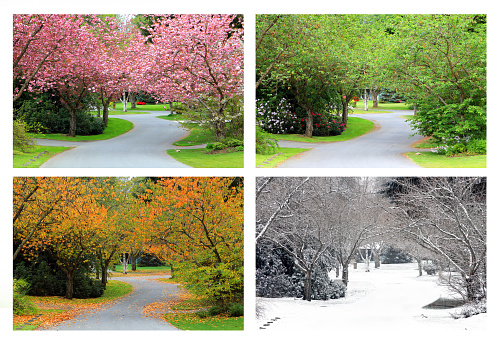 Having four seasons is typical for people that live above and below Earth’s equator. People that live at the equator do not experience four seasons. This is because the middle of Earth does not tilt much as Earth rotates on its axis. Without tilt, the angle of the Sun is always the same, so the equator receives the same amount of warmth and light year round. The farther you get from the equator, the bigger the difference there is in seasons and sunlight. For example, in Barrow, Alaska, the northernmost city in the United States, they experience 4 months of complete sunlight from May to August and complete darkness from November to January.

This is an excerpt from the Space Systems Exploration unit of our curriculum product line, STCMSTM. Please visit our publisher, Carolina Biological, to learn more.