Why Are Amphibians So Important?

Amphibians are the oldest tetrapods, or four-legged animals, on Earth. They appeared on land for the first time over 350 million years ago. There are around 6,000 species of amphibian, most of which are frogs. 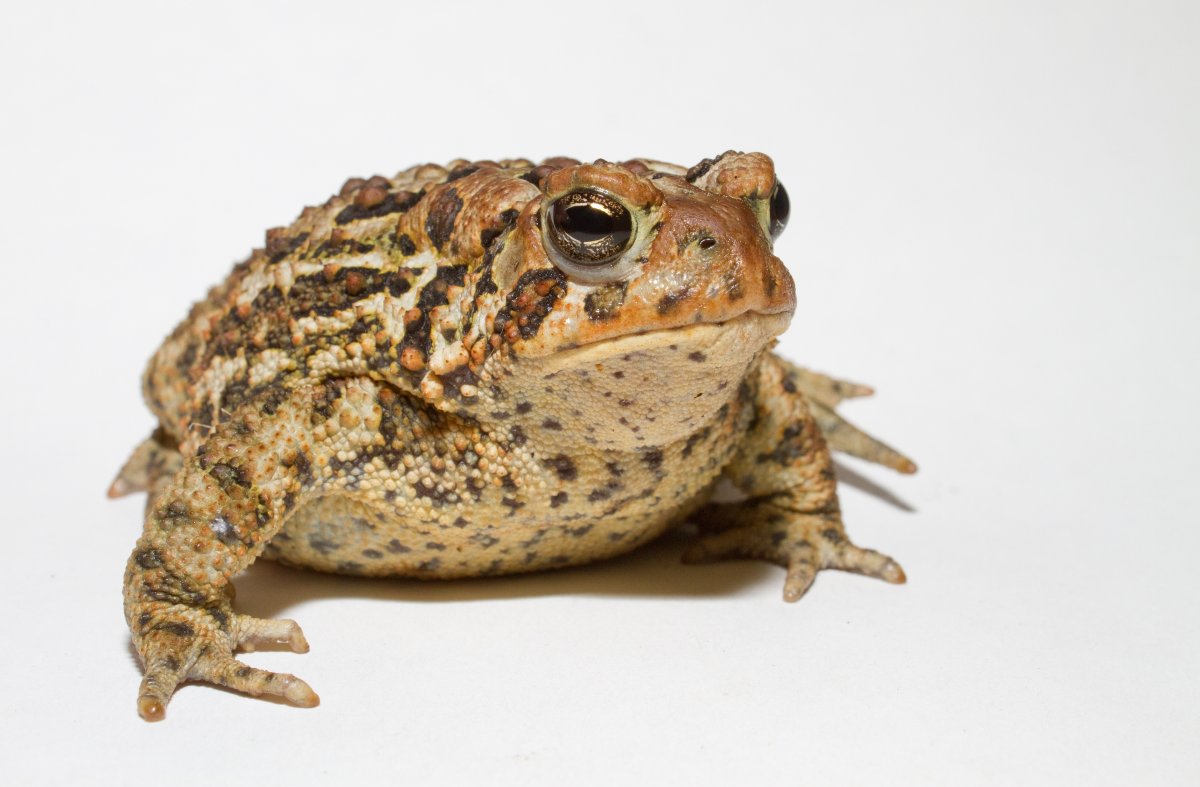 American toad is a species of toad found throughout the eastern United States and Canada. Did you know that all toads are actually frogs? Photo by Brian Gratwicke, Smithsonian Conservation Biology Institute

Most amphibians live in the tropics. They play an important role in our ecosystems. They control insect pests and act as food for other animals. All amphibians have permeable skin, which they use for breathing and drinking. This makes them very susceptible to toxins.  For this reason, they are often considered an indicator of the health of an ecosystem. They are very important to humans. They are part of the culture of many societies. Chemicals from frogs’ skins have been used as poison in darts and some have been shown to have medicinal properties. 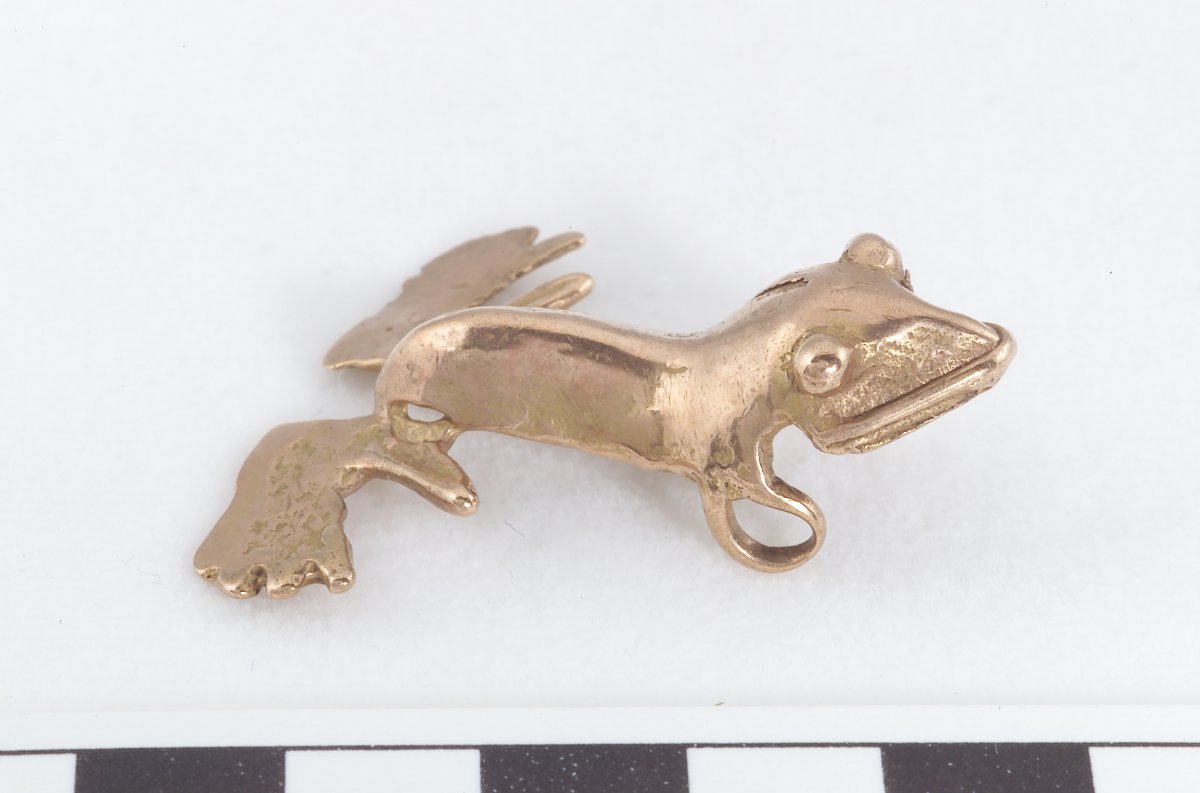 When amphibians started declining, scientists started to worry. Almost 122 species have gone extinct since 1980 compared to 5 bird species and no mammals. Humans are changing amphibian habitats for agriculture, mining, and development. Pollution may affect amphibian tadpoles. Global warming may change rainfall patterns and temperatures, making habitats unsuitable for some species. 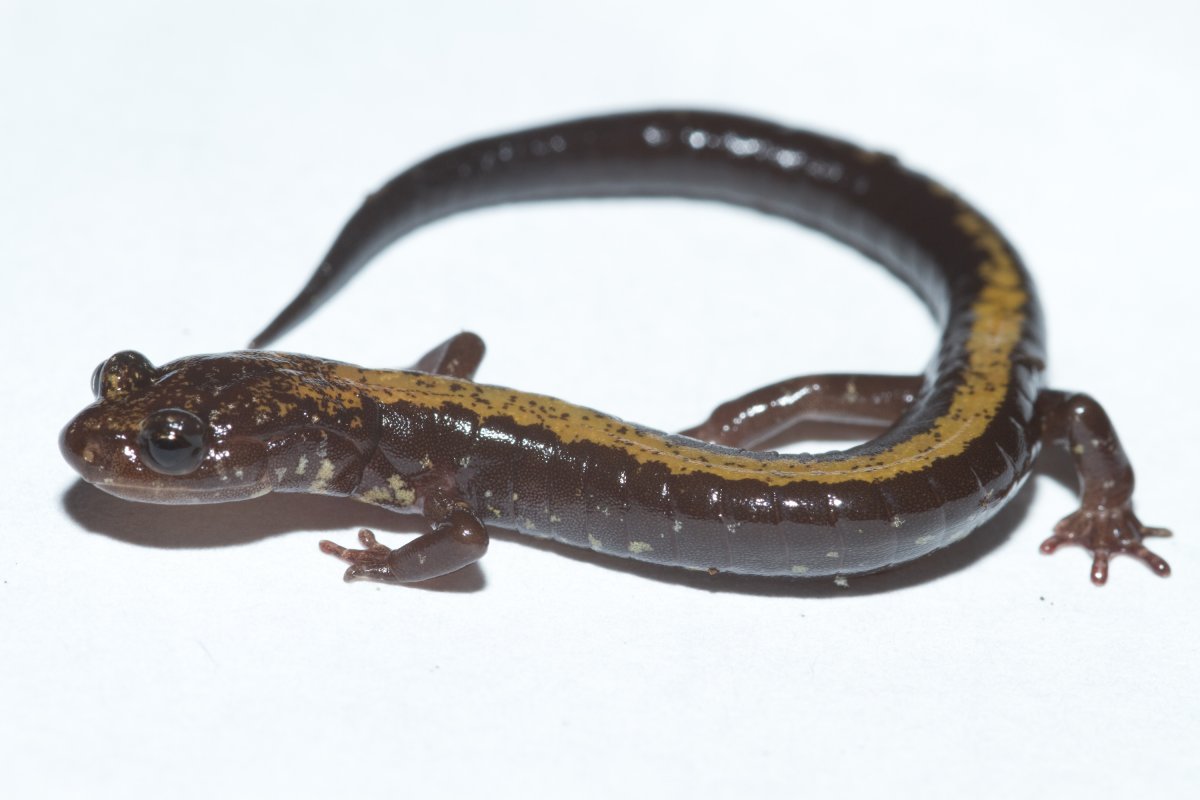 The Shenandoah salamander’s mountain-top habitat is getting warmer. This could mean new species coming into its habitat. Photo by Brian Gratwicke, Smithsonian Conservation Biology Institute

But Smithsonian scientists suspected something else was going on. These factors didn’t explain the mysterious decline they saw in some frog populations in protected areas. In 1999, the Smithsonian National Zoological Park and University of Maine researchers discovered a new species of chytrid (pronounced ”sit-rid”) fungus on frogs that had died. This fungus destroys frogs’ skin, causing ulcers and eventually death.

This discovery was linked to declines in Latin America and Australia, and many amphibian declines are now attributed to the fungus. Chytrid is thought to be responsible for the extinction of the gastric-brooding frogs from Australia, golden coquí frogs from Puerto Rico, Wyoming toads, Monteverde golden toads from Costa Rica, and more than 70 species of colorful harlequin frogs from Central and South America.

Spread of the Chytrid Virus

The chytrid fungus killing frogs is thought to be a global pandemic strain that has been spread around the world by the trade of amphibians. 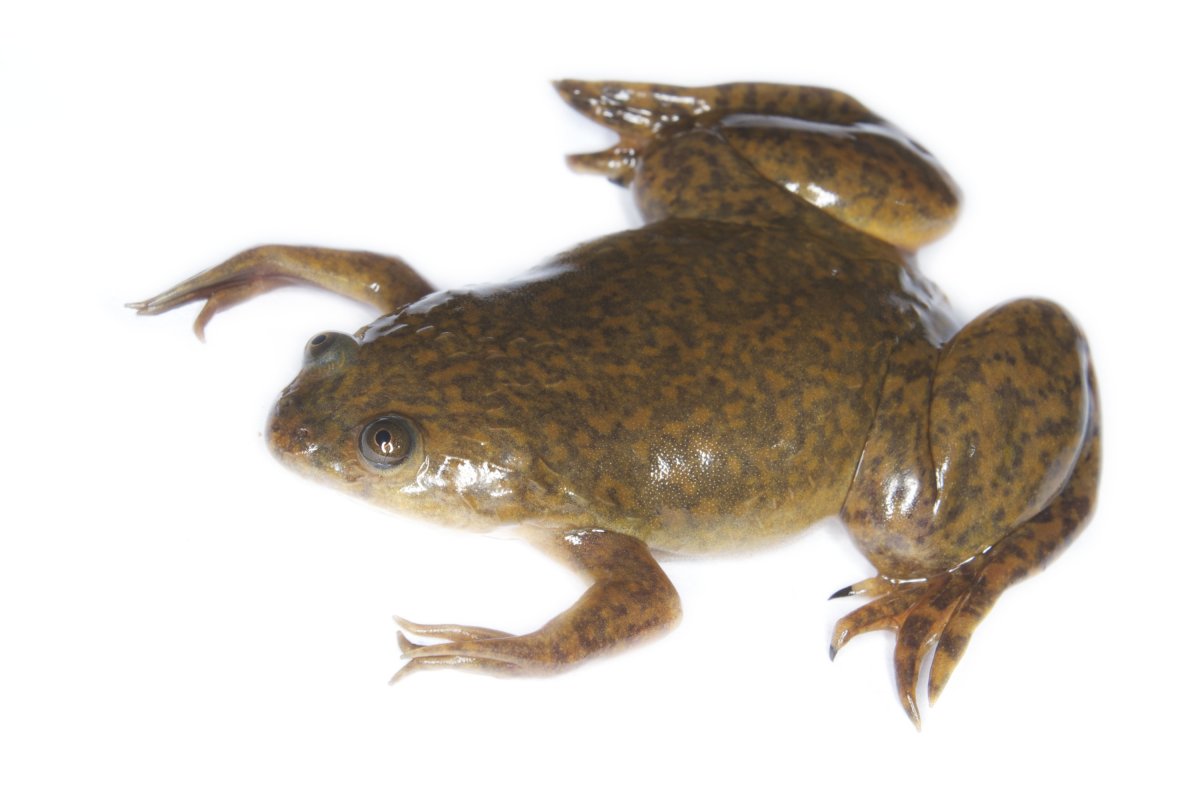 The African clawed frog is one of the most popular frogs used in research laboratories worldwide. Photo by Brian Gratwicke, Smithsonian Conservation Biology Institute

The fungus has spread east from western Panama and caused declines in frog populations. Once the fungus is in an area, numbers of frogs can plummet very quickly. When it arrived in El Cope in western Panama in 2004, species from all seven local families started dying out almost immediately. Within months, half of the species had vanished.

Scientists had to move quickly before more species went extinct.  Scientists rushed down to Panama and started collecting as many species as they could before they disappeared. Many frogs were saved and are being kept in old shipping containers in Panama. Zoos from around the world took different species. Some zoos carry out breeding programs to increase the population of endangered species.

Sadly, it was too late for Panama’s national symbol, the Panamanian golden frog. This species was last seen in the wild in 2009 and is now considered extinct in the wild. Fortunately, many zoos have successful breeding programs. The Smithsonian National Zoological Park took four pairs of the frog in 2004 as part of the Species Survival Plan managed by the Maryland Zoo in Baltimore. Collectively, zoos in the US now manage 2,000 adult golden frogs that are used for research and reintroductions back into the wild. 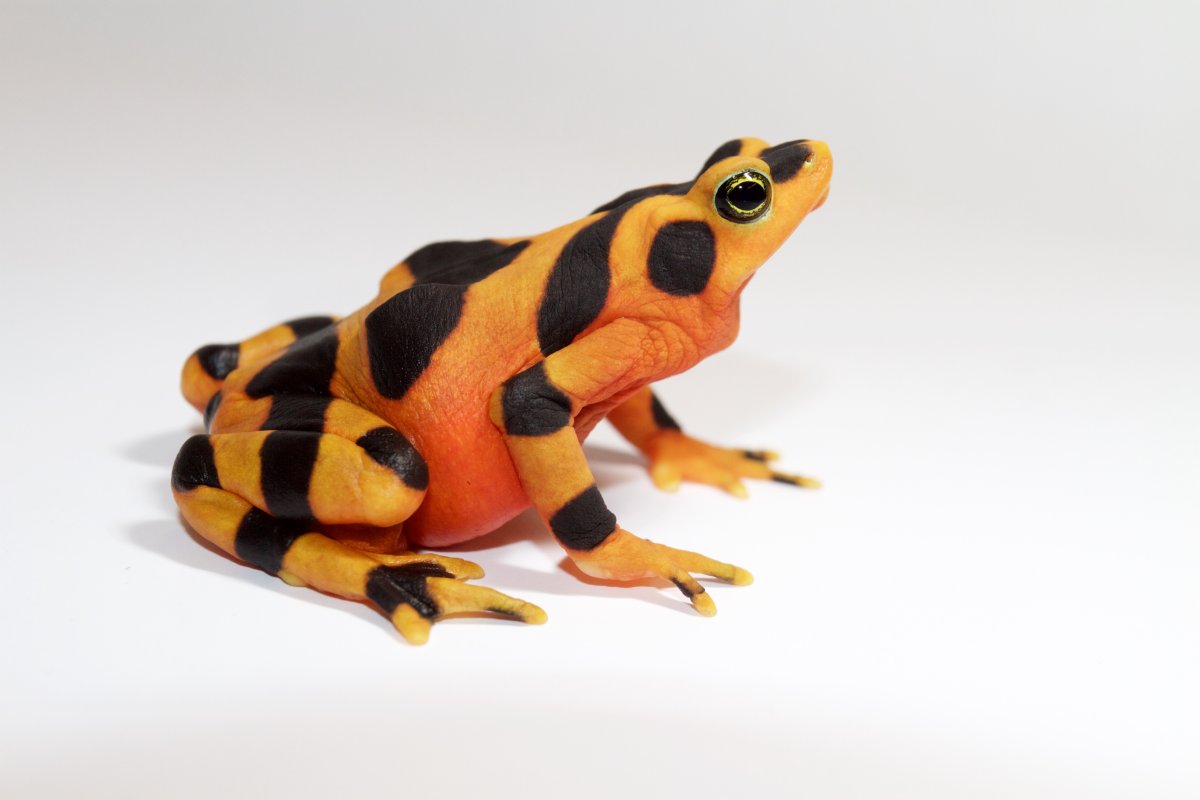 The Panamanian golden frog is in the toad family. Toads usually have dry skin compared to other frogs. Photo by Brian Gratwicke, Smithsonian Conservation Biology Institute

Scientists at the Smithsonian are part of a team of scientists from around the world doing research into a cure for the fungus. Some frogs are resistant to the fungus. It is thought that these frogs may contain bacteria that can destroy the fungus or have genes that allow them to successfully fight chytrid infections. Although there is a long way to go, scientists are hopeful that one day a cure will be found and wild golden frog populations can be restored. 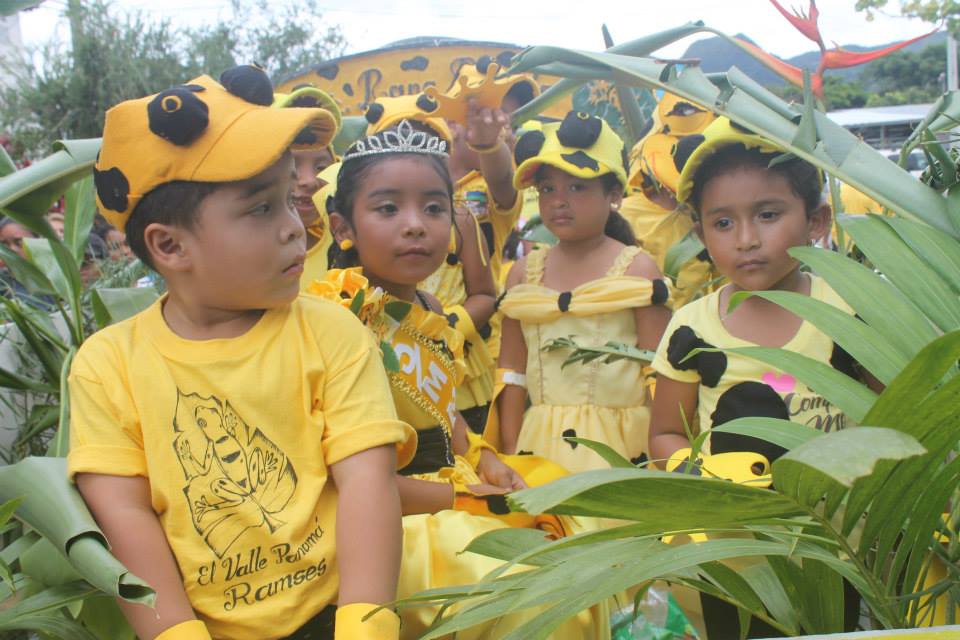 This is an excerpt from the Ecosystems and Their Interactions unit of our curriculum product line, STC3. Please visit our publisher, Carolina Biological Supply Company, to learn more.