It’s an indisputable fact that as a society, we have fallen head-over-heels for pandas. Whether it be at the National Zoo in Washington, DC, or the Wolong National Nature Reserve in China, these furry giants steal hearts wherever they go, except maybe in their own backyards. Giant pandas are an endangered species, with only 1,600 living in their natural habitats in China’s mountain ranges and 300 in captivity around the world. While their population decrease is due in part to the spread of human society into their habitats, another element that contributes to their small population is the slow rate at which they reproduce. Breeding of pandas in captivity has proven to be an arduous process with low success rates, and scientists aren’t entirely sure why.

Luckily, two recent studies have taken on the challenge of answering just that question. A study conducted at the University of Wisconsin-Madison and published in Frontiers in Microbiology suggests that part of the problem might be due to their diet. As members of the family Ursidae (bears), the pandas’ digestive system is designed to process both meat and plant matter, but the pandas’ actual diet is not exactly what you would call balanced. Pandas’ diets are almost exclusively (about 99%) comprised of bamboo, which isn’t so easy for them to digest. In order to process so much fibrous material, the pandas’ feces is surrounded by a mucous-like membrane that makes it easier to pass. This mucous, the study scientists say, is actually a shedding of the internal membrane of their gastrointestinal tract. While this is a clever adaptation (which you can learn more about in our Explore Smithsonian video on pandas here), scientists say the processing of all that fibrous material might be making the pandas more than a little uncomfortable. As a result, love may have been pushed to the back of their minds.

While the solution to love might be in the food, some scientists think that it may be in the music. Through observation of pandas at the San Diego Zoo, researchers determined that a panda’s range of hearing sensitivity goes into the ultrasonic range—a much higher frequency than we’d ever be able to hear. The study was published in Global Ecology and Conservation.  The study suggests that this sensitivity to sound could be contributing to the pandas’ reproducing struggles. This would be especially prevalent in their natural habitats in China where noise from surrounding cities would be disrupting. 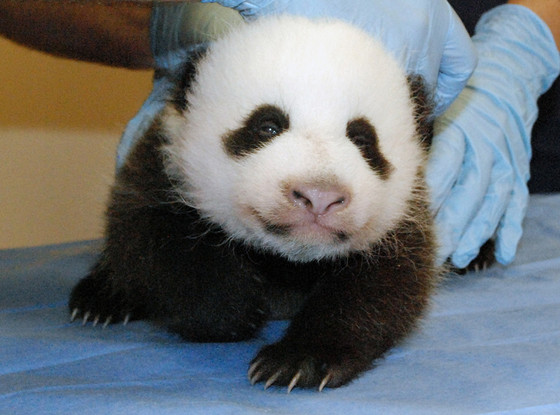 While there is no clear answer yet as to why pandas experience these problems when it comes to reproducing, these studies contribute important information to the cause so that, hopefully, we can continue to love them for many hundreds of years to come.