By Beth Short and Beth Wilson

When you consider a busy city like Washington, DC, you might not think about exotic wildlife encounters. But the DC-area is home to a fascinating animal: the Southern Flying Squirrel. Many people don’t realize that they may be living with flying squirrels right in their backyards. In fact, flying squirrels are the most common squirrel in North America [1].

North America is home to two major species of flying squirrel. The two primary flying squirrel species found in the United States are the Southern Flying Squirrel, Glaucomys volans, and the Northern Flying Squirrel, Glaucomys sabrinus. As you can see from the maps below, the two species of North American squirrel have vast ranges in which they live.

Flying squirrels aren’t just found in North America, however. In fact, there are an abundance of flying squirrel species worldwide. Some of the largest include the Indian Giant Flying Squirrel and the Red Giant Flying Squirrel. These squirrels can grow up to 43cm long with a 50 cm tail. That’s almost as large as a house cat! They are widely distributed throughout Asia and have been found in China, India, Laos, Myanmar, Sri Lanka, Thailand and Vietnam [6].

According to Rachel Tolman from the Department of Parks and Recreation in Arlington, Virginia, watching bird feeders at night is one of the best ways to find out if you share a habitat with flying squirrels. As legend has it, that is how the naturalists at the Longbranch Nature Center in Arlington, Virginia, found out they were home to flying squirrels years ago. Unlike their cousin, the grey squirrel that we see during the day, the flying squirrel is nocturnal, or active at night. Because the flying squirrel is mostly active at night, it can be difficult to spot. But even if you do not see them, they still might be living in your backyard. In fact, in Northern Virgini,a only a few miles from the Nation’s Capital in Washington, DC, the southern flying squirrel outnumbers the common grey squirrel [1].

No matter where they are found, or how large (or small) they are, despite being called flying squirrels, they don’t truly fly. Rather, they travel from tree to tree by gliding. What is the difference between gliding and flying? We asked Keith Yoerg, the great great grandnephew of Orville and Wilbur Wright or, the Wright brothers. Yoerg’s explained to us the difference between gliding and flying. Essentially, the difference between an animal that flies and an animal that glides, is thrust. Thrust is a type of push that provides the forward motion needed for animals (and airplanes) to get off the ground. Propulsion is the action of driving or pushing forward consistently. Birds flap their wings and jump to propel themselves forward. Gliding usually begins with a thrust, but lacks propulsion needed to sustain flight. To learn more about how things fly, visit the National Air and Space Museum’s Forces of Flight. 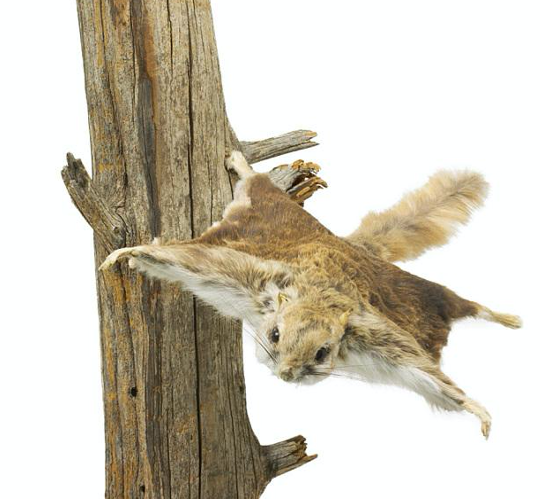 How do these animals steer themselves?

Flying squirrels use their tails to steer themselves mid-glide. According to Dr. Brian Arbogast at the University of North Carolina – Wilmington, flying squirrels are so adept at steering mid-glide that they have been seen turning almost 180-degrees during their glide. Flying squirrels’ tails act as a rudder on the back of a plane. The same innovation was used by the Wright brothers in 1902, and they learned how to make the rudder movable to control yaw. In the picture below, the rudder is visible at the back of the model of the 1911 Wright brothers’ glider. 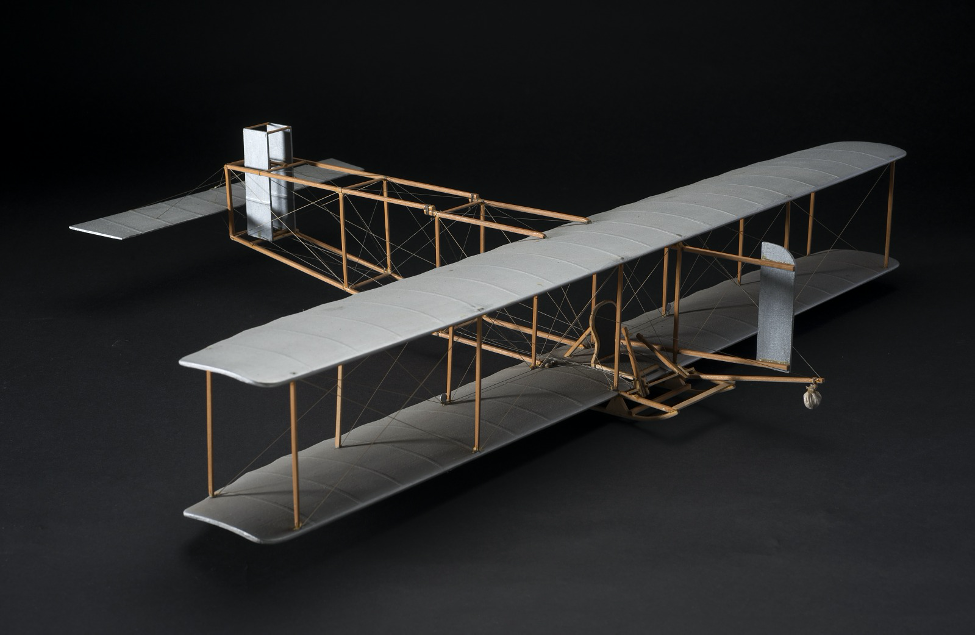 Use what you’ve learned about flying squirrels and things that glide to design and build your own glider at home. Follow the link here for an activity you can do at home today.

[4] The Smithsonian Institution, National Air and Space Museum. June, 2020. The Wright Brothers: The invention of an aerial age. Image downloaded June 4, 2020 from https://airandspace.si.edu/multimedia-gallery/5809hjpg?id=5809.

Beth Short, is a Science Curriculum Developer in the SSEC’s Curriculum and Communications division.  Prior to working with SSEC, she worked in both formal and informal educational settings.  Her experience includes working as Associate Director of Nature’s Classroom Inc. where she developed standards-aligned environmental education curriculum, coordinated with schools across the New England region, and served on the board of directors for the Massachusetts Environmental Education Society.  As a classroom teacher, Beth taught fourth, fifth, and sixth grade where she continued to share her passion for the natural world with her students.  Most recently, she worked in education research at George Washington University where she is currently enrolled as a doctoral student in Curriculum and Instruction.  Beth’s research includes the NSF funded Arctic PIRE project for which she developed and implemented a global sustainability curriculum.  Her research explores students’ perceptions of global environmental issues.  She also taught Evaluating Museum Learning at GWU. Beth earned her Master of Science in Ecological Teaching and Learning in 2011 from Lesley University and Bachelor of Fine Arts in Theater from the University of Detroit-Mercy.

Beth Wilson has been an educator at the National Air and Space Museum since 2004. She has more than 20 years of museum education experience and has worked at the National Museum of Women in the Arts, the Daughters of the American Revolution Museum, and the Capital Children's Museum in Washington, DC. Before entering informal education, Beth taught at The George Washington University.