Scientists have unique skills and unique tools. That’s a bit of an understatement when describing one scientist who has recently found some unexpected fame. That’s Melissa Scruggs. She lives in California and is working toward her PhD in volcanology. She used her science savvy in an unexpected way.

Imagine waking up one morning and finding a boulder in front of your car. That would stop most of us in our tracks for a good long time. 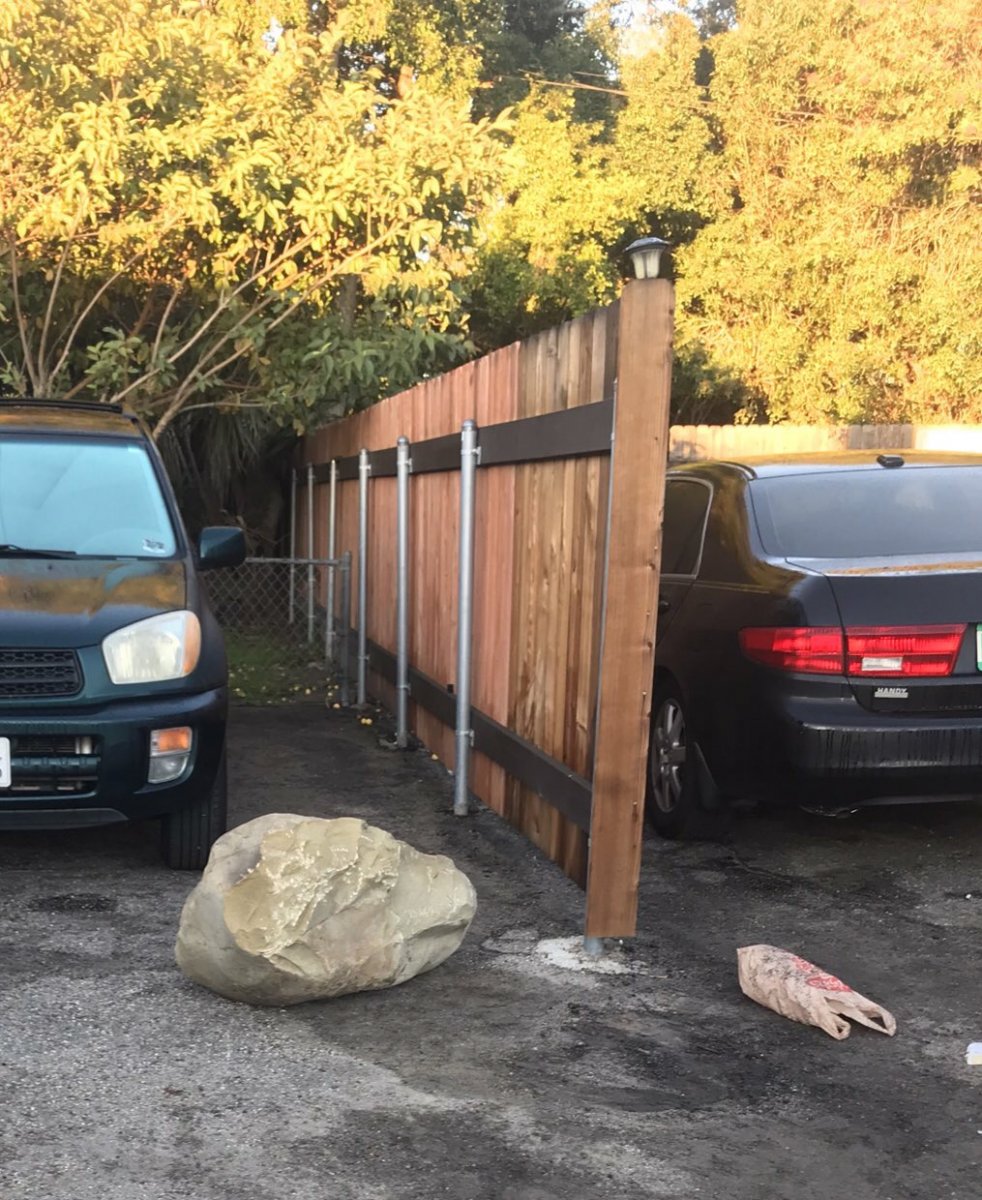 How do you move a boulder yourself? Well, Melissa had the answer. You don’t have to move it. You can take your tools to it! The relocated boulder had been a prank, but Melissa had the last laugh. Perhaps the largest thing you or I might have within grabbing distance in the garage is a shovel, which wouldn’t solve this problem. But not Melissa. She took out a very large drill she calls an auto-chipper. 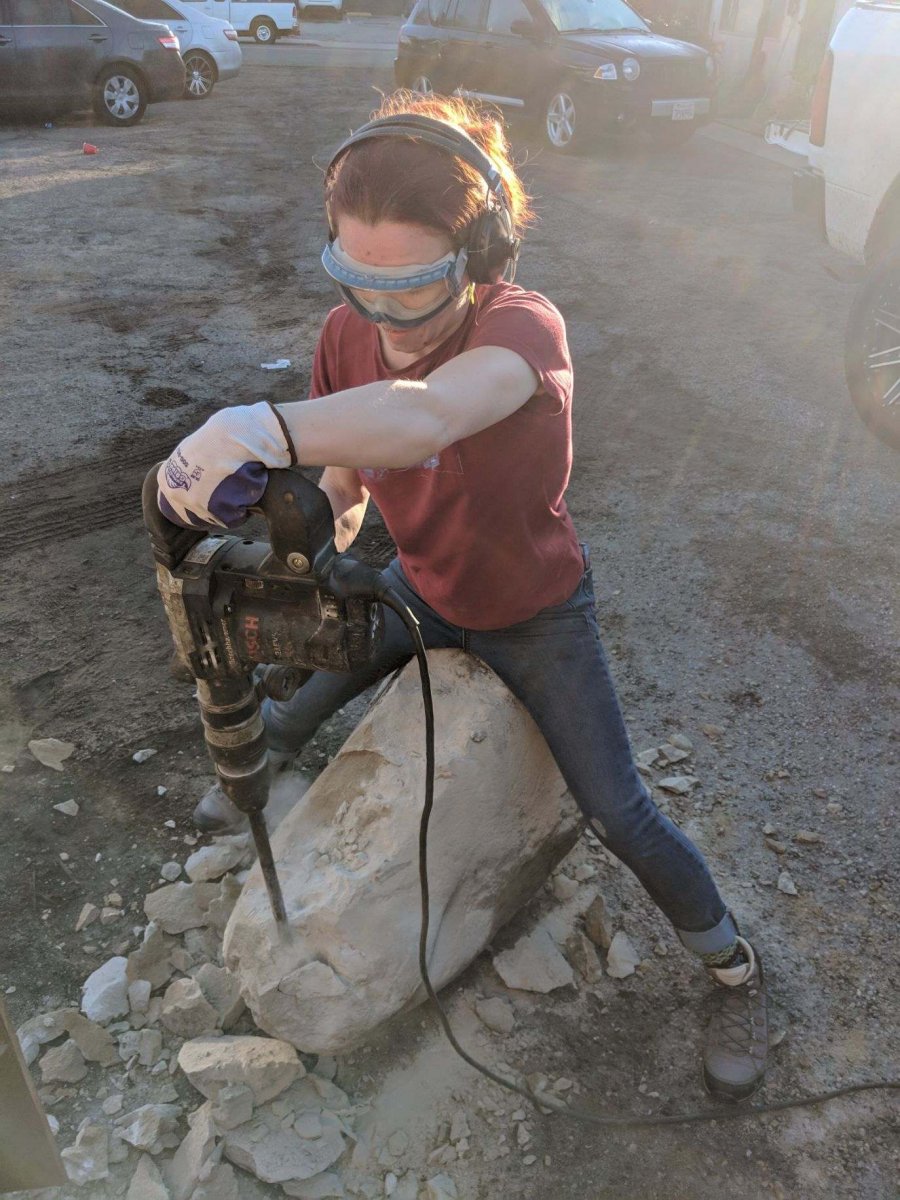 Melissa demolishes the boulder with a huge drill. Melissa Scruggs

Melissa observed the composition of the rock. She studies how rocks form—a specific area of geology called petrology. She concluded the rock was Matilija Sandstone. No rock is soft, but sandstone is not as hard as, say, granite. She knew the “softer” sandstone would be no match for her auto-chipper. Soon the boulder was nothing but a pile of tossable stones. What a way to put your education to good use! 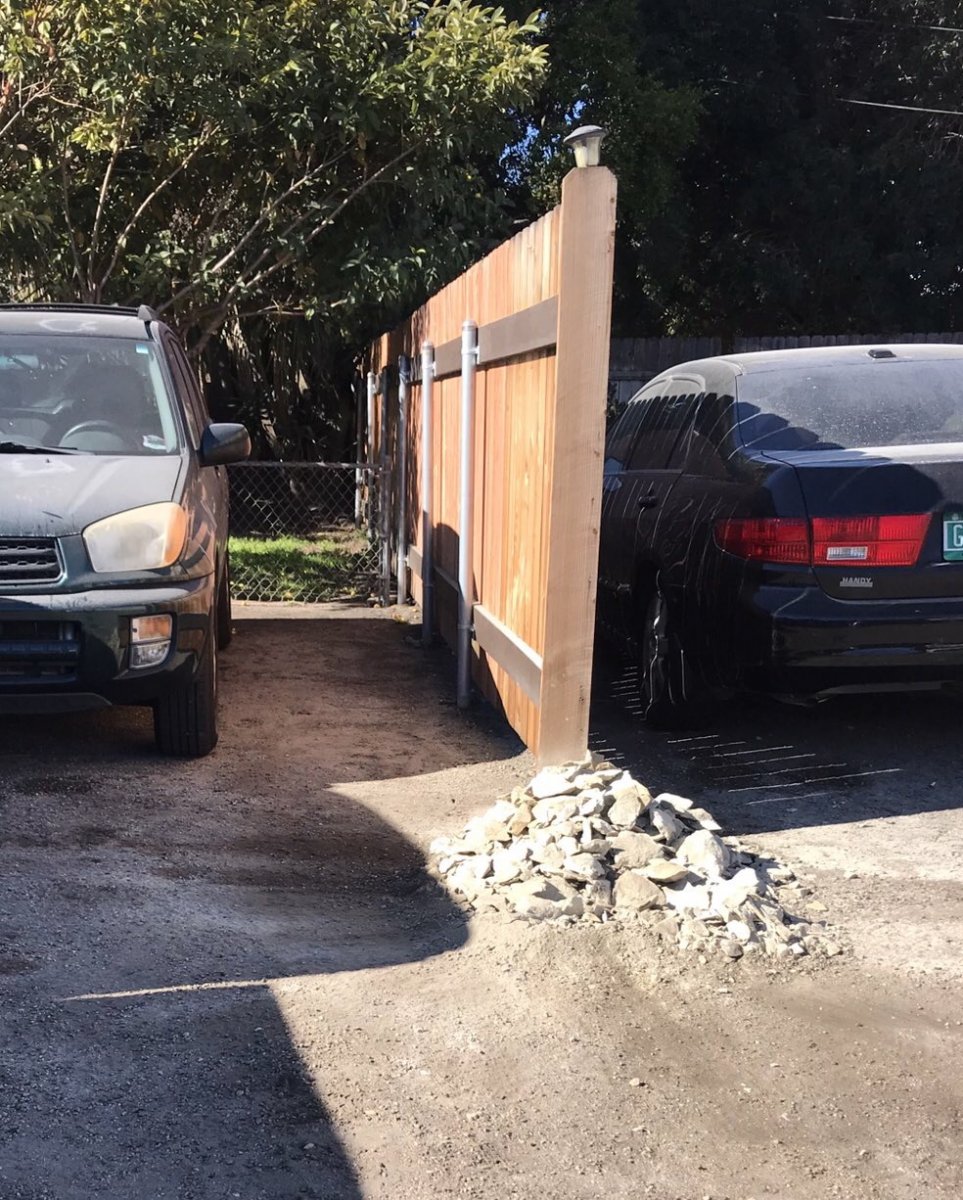 When Melissa put the story on Twitter, she had no idea she would become an Internet sensation. However, it has given her a unique opportunity to show what a scientist can do in her own backyard, or driveway as the case may be. She hopes her story will particularly show girls how awesome it is to be a scientist and open more eyes to geology—a science she says can get overlooked but is very important.

I happen to have been raised in Colorado Springs, Colorado, at the foot of the Rocky Mountains. I had field trips as a schoolchild visiting fossil beds and digging for crystals. I recall how everyone could plainly see the scar of the Pikeview Quarry in the mountain. I can attribute those experiences to why earth science appealed to me. Conversely, Melissa recalls that she had no exposure to earth science as a young student in Kansas City, Missouri. The subject was not taught in the classroom and there were no distinguishing geologic features out and about. She didn’t know geology existed as a career to pursue until she was in college. She says, “Kids today are told to start thinking about their futures as early as middle school, and it is important that earth science has adequate representation in K-12 education.” There is a lot of exposure to chemistry and biology in middle school and high school courses, but Melissa wants people to know that “geology is all of those things, plus rocks and minerals.”

Geologists play a key role in identifying the materials that help us live our lives. Rocks are used for a variety of things all around us. We drive on roads; we learn, live, and work in buildings made of concrete and plaster that needs to last. In fact, inspections of recently built Metrorail stations in the Washington, DC, suburbs revealed problems with several concrete panels that were used to build station walls. Incorrect stone and incorrect water quantities in the concrete coupled with not enough concrete covering the inner steel could lead to water penetration and cracking. When we think about it, no one is too far removed from geology! The other day, I saw crumbled concrete around a manhole cover while I was walking down a city street. I could actually see into the hole! Geology is evident in more places than we might think! 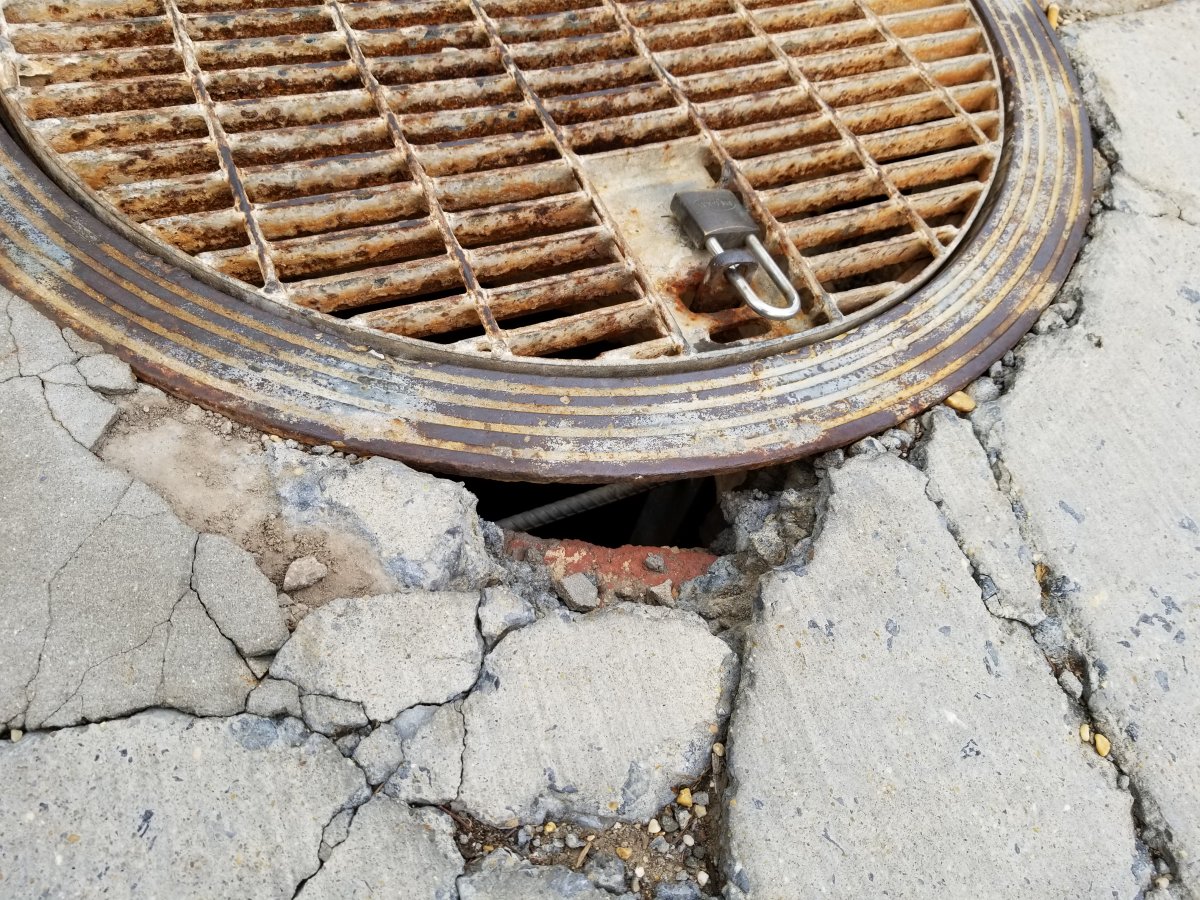 We can find cracked concrete in urban places. Patricia Marohn

There are many STEM career opportunities for students of earth sciences. Some geologists take soil samples and analyze them in the lab to provide important information for land development. They work for environmental firms testing pollution in soil, water, and air. They can work for aggregate mining companies, in government organizations, or in museums.

Economic geologists are tasked with finding and accessing minerals, often deep inside Earth, for use in society. Take a look at your smartphone. It has small amounts of gold, silver, and platinum plus some lesser well-known elements that help make up parts like the speaker, microphone, and tiny camera lens. Some of these elements are difficult to mine, but consumer demand of upgraded phones, along with other electronics, continues to grow. These scientists are concerned with which materials are economically worthwhile to mine.

There are also a number of earth processes at work all the time. The movements of Earth’s crust, water, and molten parts of its interior are very important. Measuring the movement of Earth’s crust to identify the signs of earthquakes is the work of a seismologist or a geophysicist. Clean water is a leading environmental concern. Hydrogeologists are needed to study the movement of groundwater through soil and rock and develop regulations to keep our water supply clean and safe.

Melissa obtained a Master’s degree in volcanology. This is how she describes her work:

“Every day for me is a little bit different, depending on what part of a research project I may be working on. I work on active volcanoes and use both rock chemistries and computer models to look at the processes that happen inside of a magma chamber before a volcano erupts. For geologists, the outdoors is our laboratory, so in order to do this I have to go to the volcano and collect samples. 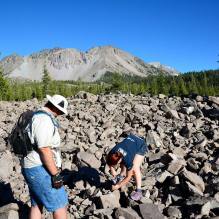 “I bring my samples back to the geochemistry lab, where I use some really cool instruments called mass spectrometers to measure the chemistry of the rocks as well as the minerals within them. The chemistry of rocks and minerals can tell us a lot about the pre-eruptive conditions of a magmatic system—like the temperature at which a mineral may have crystallized or even what may have happened to trigger the eruption. Once I think I know what happened, I use a program called the Magma Chamber Simulator to model the chemistry of the magma and see if I’m right. Volcanologists don’t have a way to actually see what happens inside of a magma chamber, so by modeling changes in the chemistry of the magma, I can “see” the changes that are happening in the system.” 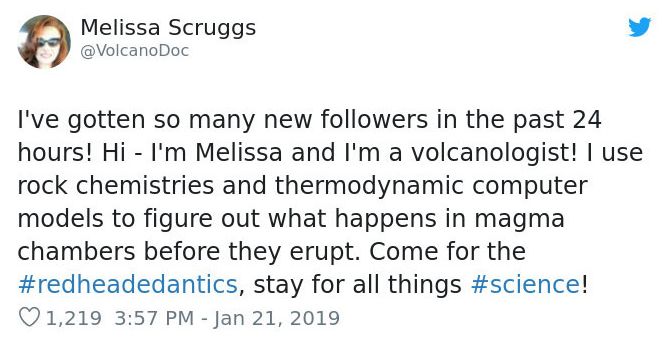 This type of work is important globally. Melissa says, “Volcanoes have the potential to unleash havoc on human life. By studying the processes that occur inside of a magma chamber prior to eruption, even at the scale of individual crystals, we can contribute to humanity's understanding of the incredibly complex systems that make up our dynamic planet.”

Even though the ground we walk on is not a living thing, Earth will always be a dynamic, changing planet. In a module from the Smithsonian Science Education Center, grade 4 students will use their own investigations of earthquake shaking, wind-driven erosion, and other earth processes to address the question What Is Our Evidence That We Live on a Changing Earth? They will learn how glaciers, volcanic eruptions, and tsunamis can change Earth’s landscape and see that these earth processes are considered hazards when they directly impact humans. They will design and evaluate model earthquake-resistant buildings to see how engineering can help mitigate such hazards. Students will also read about the impacts of these different earth processes and about hazard monitoring systems such as the work of the Smithsonian’s Global Volcanism Program in Rock Stories, which is part of the Smithsonian Science Stories Literacy Series.

Patricia Marohn is the Managing Editor with the Curriculum and Communication department at the Smithsonian Science Education Center (SSEC). She has a BA in Journalism from Loyola University Chicago. She worked for two major television networks, WGN and Fox, during her time in Chicago. She transitioned into publishing in Washington, DC, training as a copy editor with the American Geophysical Union and editing the Journal of Geophysical Research and Geophysical Research Letters. She joined the SSEC in 2013. She has developed and managed the editorial style that the SSEC uses for all of its publications, including print and online material. She also writes content for SSEC products.