How Much Do You Know About Water?

When was the last time you truly thought about water? Not just the thought of thirst leading you to drink water but some real, contemplative consideration of water? It’s something that every person consumes (ideally) 1.9 liters of each day, it covers 71% of the Earth’s surface, and it sustains the existence of all living things. Clearly, it’s important. But chances are you haven’t been acutely aware of it. So we thought it would be a good idea to give water a little more thought. Once you know more about water, you can go play Aquation, a new game from the Smithsonian Science Education Center about resource management and the world’s growing water needs. 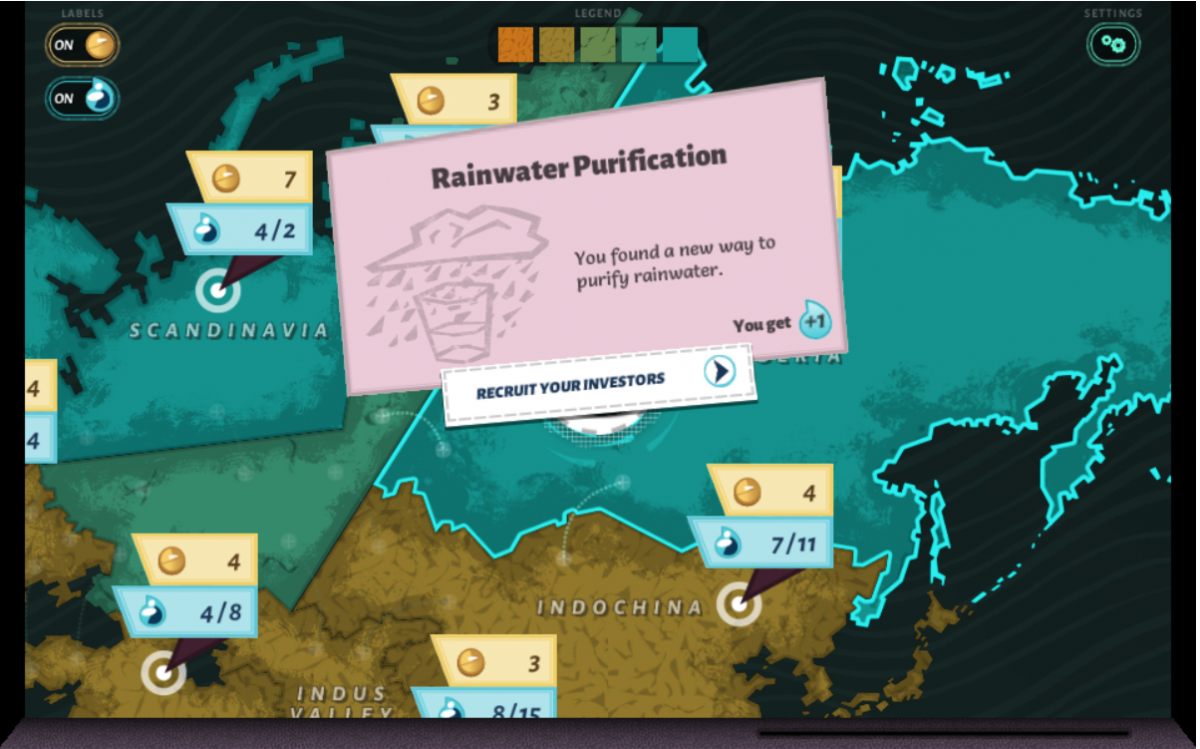 One water molecule is made up of 3 atoms: 2 hydrogen (H2) and 1 oxygen (O). One drop of water is made up of billions of these molecules. But water as we know it is almost always more than just water. A drop of ocean water, for example, also has salt, sediment, and maybe even some small organisms. Freshwater is often equally as crowded because water dissolves more materials than any other solvent. That’s why we have to spend millions of dollars each year filtering and purifying water. 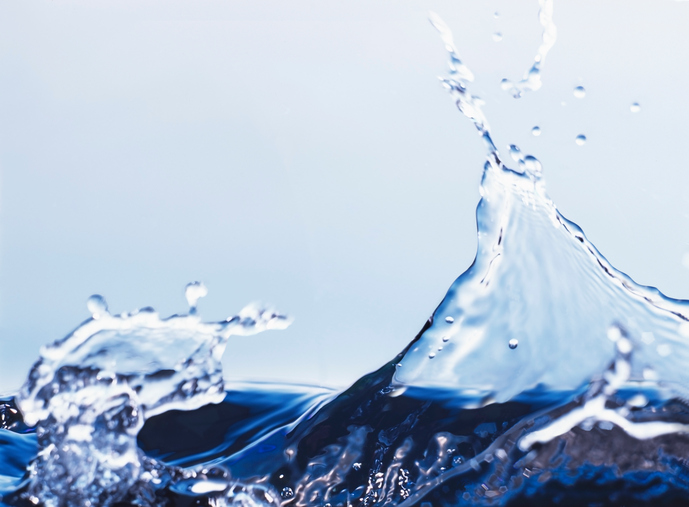 Water is the second most abundant substance in the universe, and it makes up 75% of our bodies. Put simply, water is everywhere. It is in Earth as groundwater and on it as oceans, rivers, seas, lakes, lagoons, streams, and more. It is also in the atmosphere as water vapor and in the cells (or cell) of all living things. When scientists evaluate whether or not another planet could sustain life, one of the key ingredients they search for is water. That’s why this picture caused such a stir in 2010, when an undergraduate student noticed streaks that looked like water in a photo from a Martian rover. Since then, NASA has confirmed the presence of water on the Red Planet, making its exploration much more exciting. 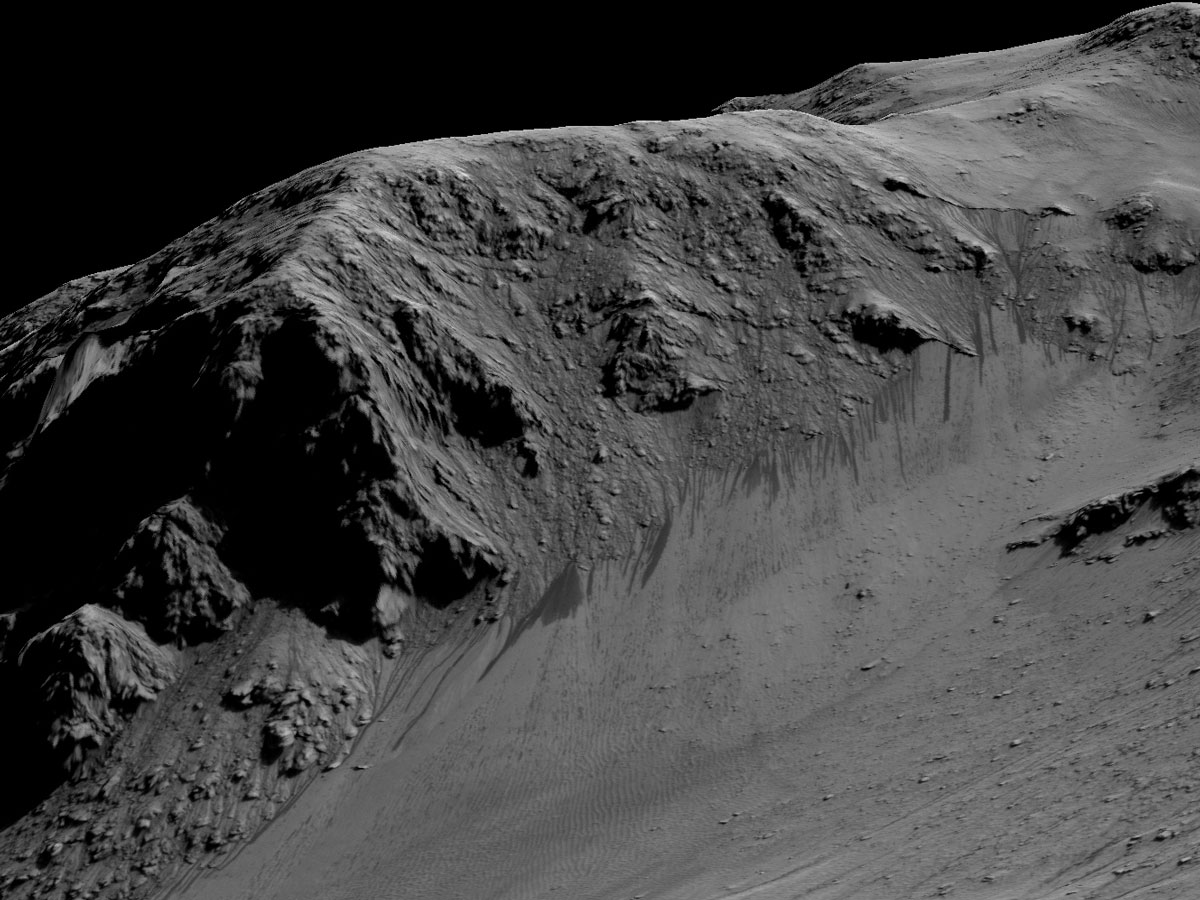 Even though so much of Earth is water, humans and our companion species still have a hard time getting enough of it. That’s because only 2.5% of the Earth’s water is fresh, and of that, only 1% of it is easily accessible. In other words, only .007% of the Earth’s water is available for us to use. Ignoring other species for the moment, humans alone use water for washing, drinking, cooking, cleaning, and more. Without water, we couldn’t grow, transport, or prepare our food. So human communities go to great ends to collect and create clean water. At the same time, its important (and in our best interest) to make sure that we also leave enough water for all of the other species that share Earth with us. 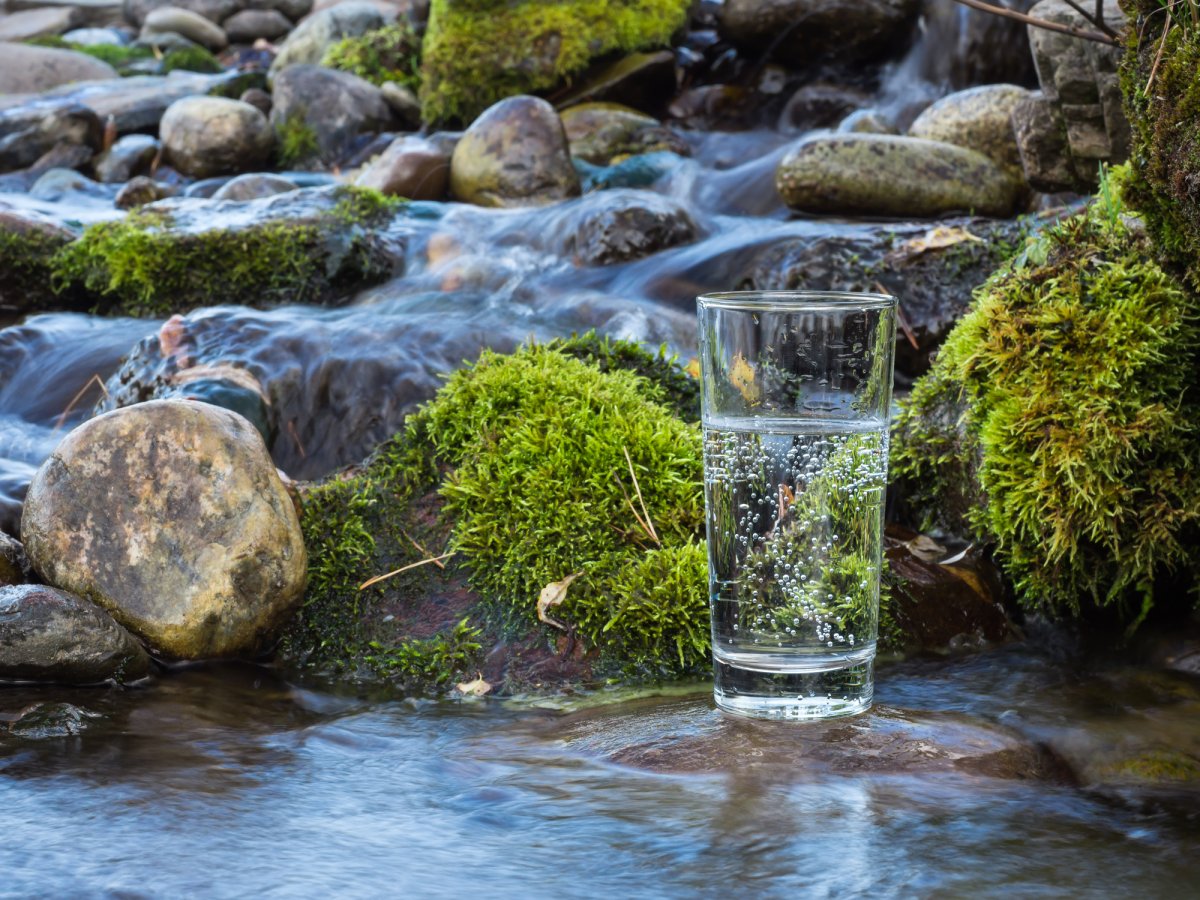 We all depend on water for existence. While the molecular compound is abundant, clean and usable water is not. In fact, it’s a very limited and finite resource, and our growing population continues to burn through the supply that we do have. For example, everyone loves a good hamburger, right? Well, the average hamburger requires 2,400 liters of water to produce. According to the United Nations, “water use has grown at more than twice the rate of population increase in the last century. By 2025, an estimated 1.8 billion people will live in areas plagued by water scarcity, with two-thirds of the world's population living in water-stressed regions as a result of use, growth, and climate change.” Because of this, some scientists predict that freshwater could eventually become a more valuable commodity than petroleum. So it’s wise to not only know the facts about water but also to take personal pride in preserving it. 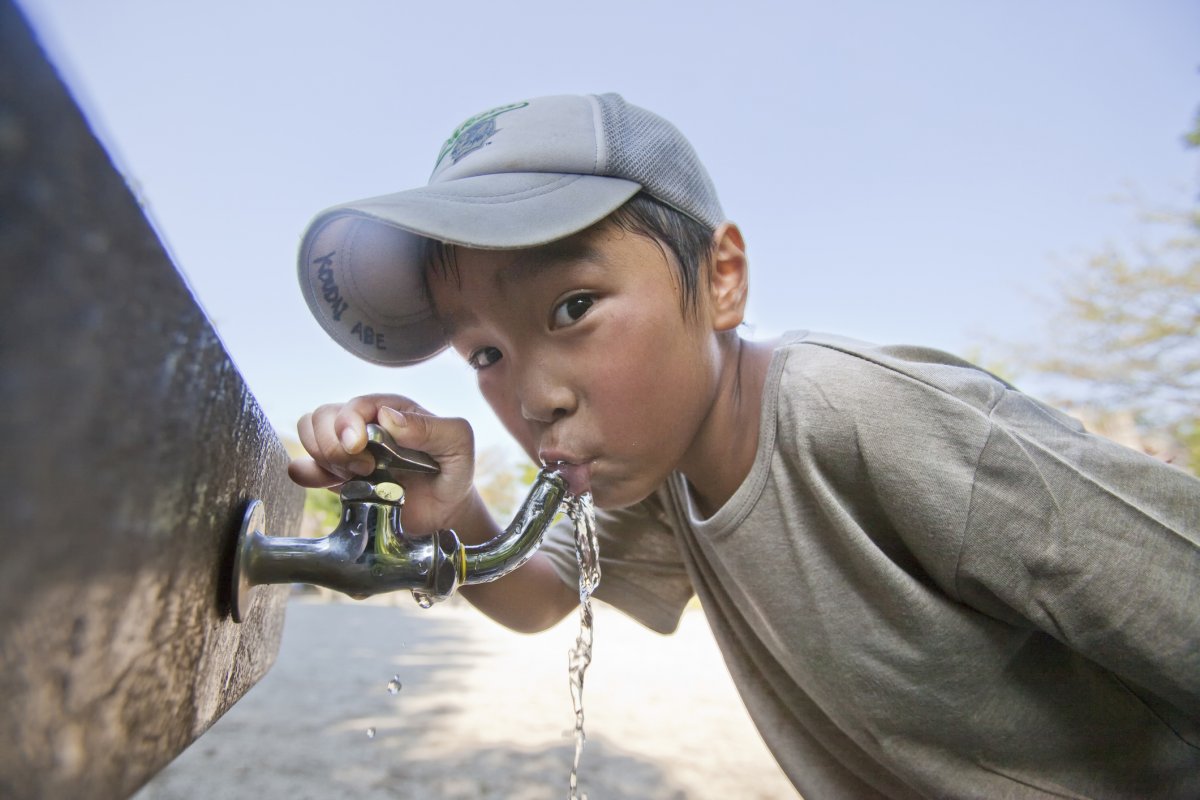 Additionally, water is just awesome. Because of the water cycle, molecules you drink today could have also been consumed by dinosaurs at some point in the distant past. Evolution has also led to some pretty cool water collection mechanisms. One example is ticks and mites, which absorb water from humid air by secreting a hydrophilic solution (water-loving) from their mouth. This nifty trick allows them to go for months without eating or ”drinking.” Now that’s water conservation!

But don’t worry about inventing a brand new way to consume or collect water right now. Instead, check out Aquation, let this all sink in, and drown out the world’s distractions. After you’ve quenched the thirst for knowledge, think about a few small things that you can do each day to help conserve H2O. For example, consider taking one less shower a week, or using a reusable water bottle, or turning off the faucet when you brush your teeth. Don’t feel bad about using water, just try to remember how precious it is. We are fortunate to live in areas where water security is a given, but many people, from places as near as Flint, Michigan, and as far as the Mekong River, in Laos, cannot take safe drinking water as a guarantee. So the next time you take a sip, keep in mind just how important water is. If we can all do this, maybe we won’t have to wait until the well is dry to fully appreciate the worth of water. 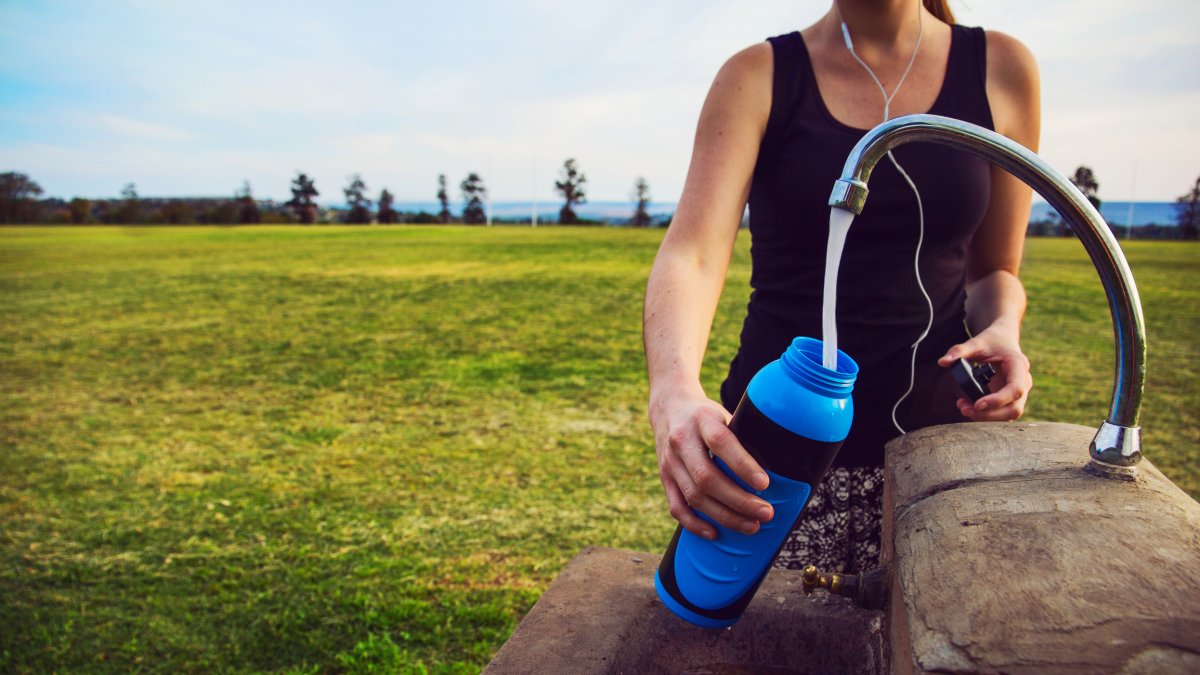 “Do You Know the Story of Drinking Water?” Accessed June 26, 2017. http://www.cityofchesapeake.net/government/City-Departments/....

“How Much Water Is There on Earth, from the USGS Water Science School.” Accessed June 26, 2017. https://water.usgs.gov/edu/earthhowmuch.html.