Behind the Scenes
12
Feb

From Internship to Career

I spent the spring of 2012 like most soon-to-be college graduates-- trying to evaluate what life after college lectures and late night study groups actually entailed. A full-time "grown-up" job? Getting a Master's Degree (in who knows what, it's just the thing to do nowadays, right)? Or, what was rapidly becoming more of a reality, being unemployed with a liberal arts degree in my back pocket. As the question, "what do you plan on doing after you graduate?" became a daily inquiry from friends and family, I was frantically searching for anything that sparked my interest. Soon thereafter I received an e-mail from my geography professor about an internship opportunity at the Smithsonian Science Education Center (at the time, National Science Resources Center), which focused on science education reform. Science education reform was not a topic I considered myself an expert on, yet I found it very intriguing and wanted to learn more. I immediately applied for an internship in the Professional Services Division, a department within the SSEC that builds partnerships and provides leadership development that support inquiry-based science programs, centered on the SSEC's LASER Model. Two months later, I was waving goodbye to Columbia, Missouri, and saying hello to Washington, DC. 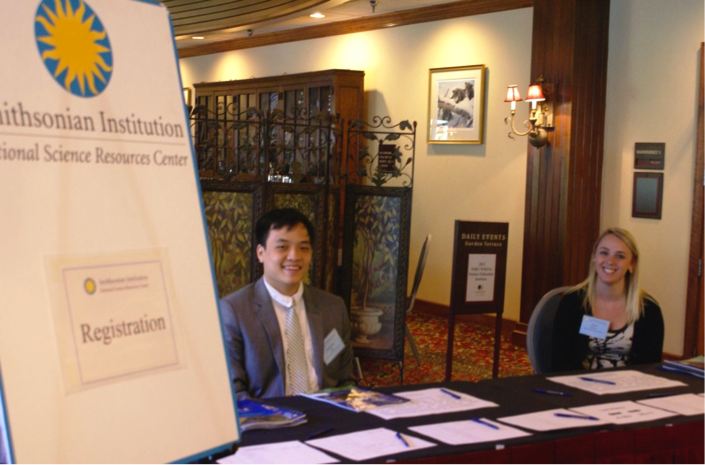 I started my 10-week internship researching the five elements of the LASER Model: professional development, assessment, curriculum, materials support, and administrative and community support. These five elements are the foundation of the SSEC's mission. Almost immediately, I began assisting the Professional Services staff in preparing materials for three upcoming Strategic Planning Institutes (SPIs). These institutes bring schools and districts from various regions together to develop a five-year strategic plan that will improve science education in their region. The first institute I attended, which took place in Bethesda, Maryland, was the SSEC's annual International SPI. Representatives from all over the world, including Mexico and South Korea, formed teams to address the challenges facing their schools. Later in the summer, I traveled to Asheville, North Carolina, to attend the Western Region Education Service Alliance (WRESA) SPI.  There, I not only observed our model being implemented, but this time I was also able to participate in the workshops and interact with faculty members and regional partners who are equally dedicated to improving science education. I learned more about the SSEC's efforts to reform science education, and I quickly realized that the SSEC does not touch just a few educators here and there; the organization is highly thought of and respected on the national level of inquiry-based science education reform. To put it plainly, what they do is kind of a big deal. 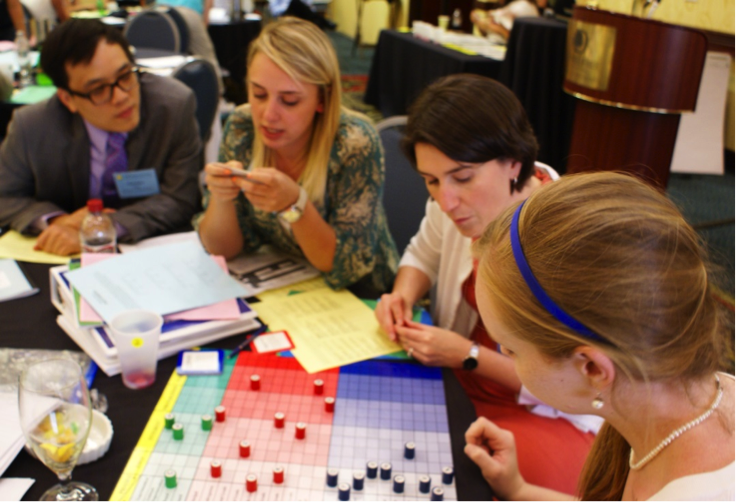 At the WRESA SPI, SSEC staff and interns play The Change Game, an activity that allows participants to collaborate and figure out just how difficult establishing change in a school district may be.

It's been nearly two years since I began my internship at the SSEC. In that time, I've learned more about science education reform than I ever expected. Shortly before completing my internship, I was fortunate enough to interview for and be offered a position as a Program Assistant with the LASER i3 (Investing in Innovation) Validation grant. The grant focuses on three regions: northern New Mexico, Houston Independent School District (HISD) in Houston, Texas, and North Carolina. In the past year and a half, I have had the opportunity to travel to each region to prepare for and implement week-long professional development workshops. At these workshops I am able to interact with the teachers and regional partners, observe the multiple Science and Technology Concepts (STC) curricula being trained, and learn about the school districts and students from each region. I am also able to participate in exciting collaborations, such as our WestEd Facilitation Academies in Oakland, California--our "train the trainer" workshops guided toward building capacity of science content knowledge for science educators.

Overall, my time thus far in Washington, DC, has been extremely educational, in more ways than one. I hardly expected to gain as much knowledge as I have about topics such as science education standards, materials support, and professional learning communities, to name a few. This eye-opening experience has allowed me to set short- and long-term goals for myself, solidifying the idea of a career path in education. I would encourage all young adults to pursue as many internship opportunities as possible because, after all, you never know what you may achieve from them!