Joseph Henry: the Father of Weather Forecasting (And the First Smithsonian Secretary!) 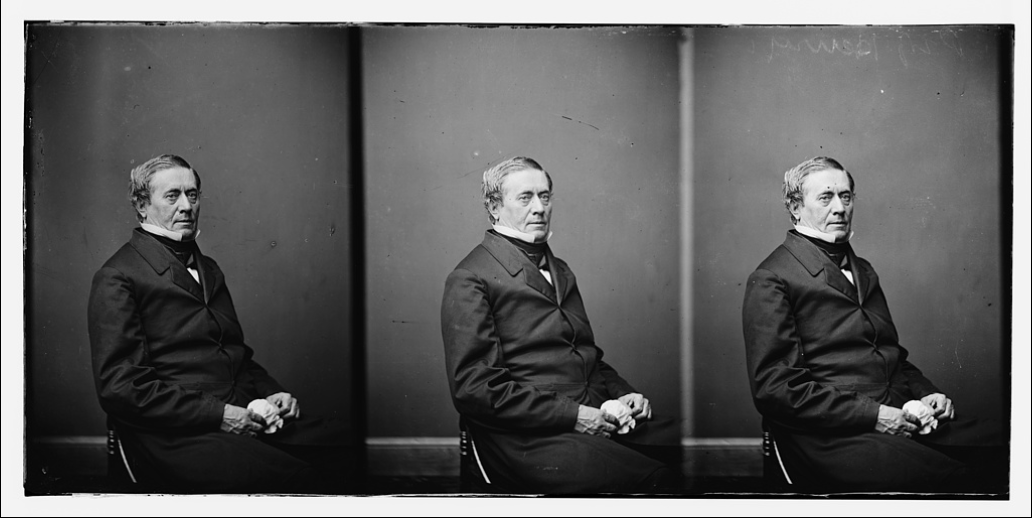 Your team has a soccer game Saturday, so you check a local news station’s website to see the weekend forecast. Radar images on multicolored maps show rain moving east, away from your town, and bands of clouds a few hundred miles west. It could mean rain, but the forecast for Saturday is partly cloudy with a high of 75 degrees. To get a better idea of the weather at the time of your game, you check the hour-by- hour forecast. Saturday, 10 a.m.: partly sunny and 68 degrees. Perfect.

In this age of 10-day weather forecasts and colorful digital displays of the entire country’s weather, it is hard to imagine not being able to find out tomorrow’s forecast. But before the mid-1800s, farmers and ship captains, whose lives and jobs depended on the weather, had little information to go on. They relied on clouds, winds, The Old Farmer’s Almanac, past experience in how the seasons flow, animal behavior signs, and their own arthritic bones to make predictions about the weather. But a scientist named Joseph Henry changed all of that.

If you have ever heard of Joseph Henry, it was probably in connection with the Smithsonian Institution, the world’s largest museum and research complex, located in Washington, DC. Joseph Henry was the Smithsonian’s first director. He and his family lived in the first building of the Smithsonian—the Castle. At that time, the Castle was set apart from downtown DC, separated by a canal and surrounded by fields. Today, it is the centerpiece of the bustling National Mall, surrounded by many Smithsonian museums and government buildings.

From the start, Henry was determined to keep this national museum’s focus on science, and a key science in his mind was meteorology. “Of late years, in our country,” he wrote, “more additions have been made to meteorology than to any other branch of physical science.” For this reason, Henry decided to develop a “system of extended meteorological observations.” Observing the weather nationally, he thought, could solve “the problem of American storms.”

Like any good scientist, Henry developed a plan of action. First, he needed weather information from around the country. Working with fellow meteorologist James Espy and the United States Navy, he established a network of about 150 volunteer observers, a number that eventually grew to about 600. The Smithsonian supplied the volunteers with instructions, standardized forms, and, in some cases, instruments. The volunteers submitted monthly weather reports from their areas. These included temperature, humidity, wind and cloud conditions, and rain and snow measurements. Analyzing this information required years of study, but eventually it helped scientists to better understand storms, weather patterns, and climate differences across the country. 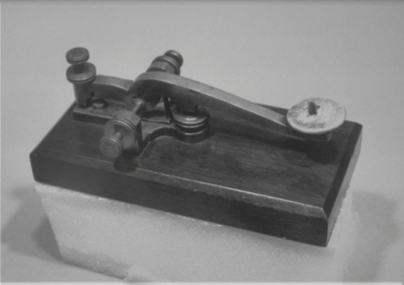 The telegraph was the new technology of the day. With a tap of a telegraph key, operators could send weather information to the Smithsonian Institution. Image: Smithsonian Science Education Center/Anne Williams

Weather forecasting was another part of Henry’s plan. He arranged for nearly 20 telegraph stations around the country to report weather information to the Smithsonian once a day. Compared to the monthly reports from volunteer observers, the information from telegraph stations was not detailed. Telegraph operators communicated only whether the sky was clear or cloudy, whether it was raining or snowing, and the direction of the wind. 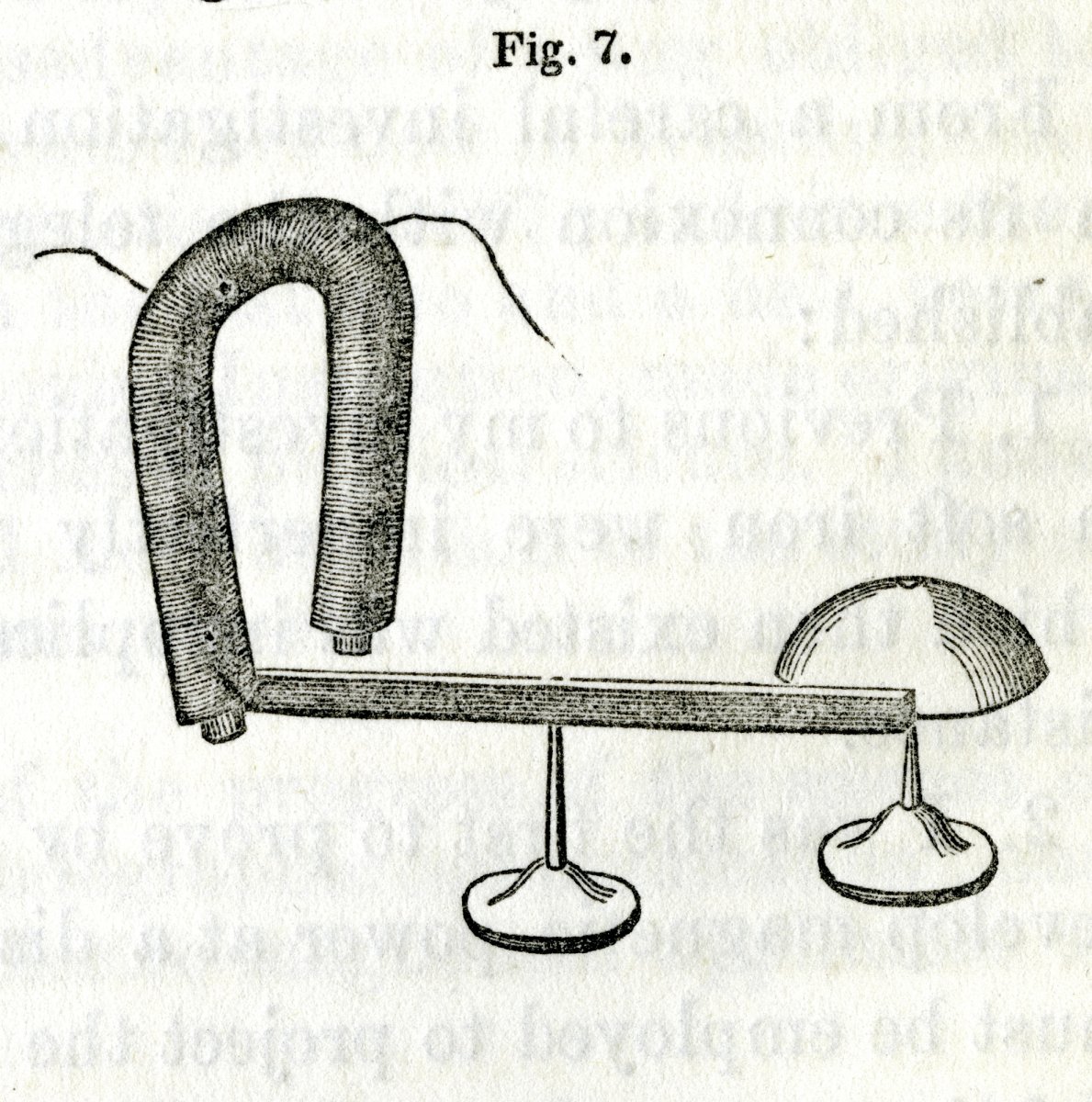 A sketch of the “telegraph” Henry showed his classes at the Albany Academy. Although people credit Samuel B. Morse with inventing the telegraph, Henry was actually tinkering with it years before Morse. Image: Smithsonian Institution Archives. Image sia2012-7651

Henry posted this information on a large map in a public area of the Smithsonian Institution. He put white discs on cities with clear skies, blue on those with snow, black on those with rain, and brown on those with cloudy skies. Under Henry’s direction, the Smithsonian Institution had assembled, for the first time, “one view of the meteorological condition of the atmosphere over the whole country.” Although crude by today’s standards, the map attracted public attention and prompted discussions about the need for a national weather service. 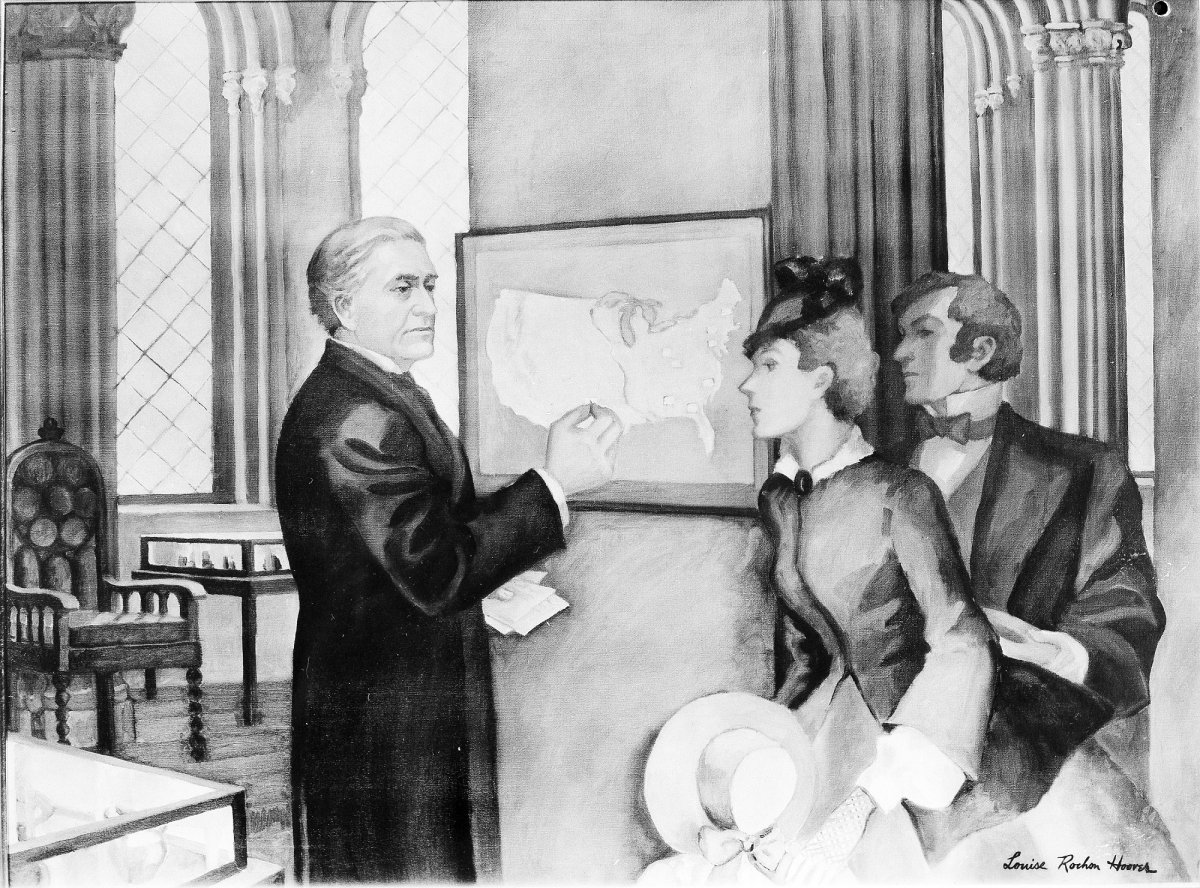 With so much weather data now available in useful form, scientists made new discoveries and developed new theories about weather. Henry theorized that local storms are part of larger weather systems. Another scientist, Increase A. Lapham, used the data to show that a storm moved across the country from west to east and that the path could be plotted on a map. This finding meant that communities could be warned about storms moving their way. Henry quickly realized that the telegraph could be a part of such an early-warning system. In this way, people in the eastern parts of the country could be warned of storms well ahead of time.

What Happened to the Smithsonian’s Weather Network?

In 1857, Henry planned to expand the weather network he had set up into a storm warning system for the East Coast. But the Civil War soon overwhelmed the country and its telegraph lines. When the war was finally over, Henry suggested that the federal government establish a national weather service.

Today’s weather service is highly advanced compared with Henry’s system of telegraphed observations and a simple wall map; yet, in some ways, not much has changed. Henry’s visions of monitoring weather on a large scale and developing a science of weather have been realized in the sophisticated forecasting system we have today. He is considered by many to be the “father of modern weather forecasting.”

Although Henry recognized that it would probably be impossible to achieve perfection in weather forecasting, accuracy in weather forecasting has improved dramatically since his time. The use of satellites and other sophisticated tools and instruments developed over the last 50 years has enabled forecasters to deliver more precise predictions with greater confidence than Henry could have imagined.

A Scientist with an Unconventional Education

Although Joseph Henry was a famous and honored American scientist in his day, his origins were humble. Born into a poor family in New York, Henry had to leave school for financial reasons after he finished his elementary years. He went to work as an apprentice to a silversmith and watchmaker.

Henry’s life changed, however, when he read George Gregory’s Lectures on Experimental Philosophy, Astronomy, and Chemistry. At age 22, he resumed his formal education at Albany Academy and made such progress that he frequently taught the other students and his teachers as well. Henry later served as a professor at the New Jersey college that became Princeton University. He was a lifelong learner with interest in the natural and physical sciences who continued to read and teach himself science and mathematics. Weather was just one of the subjects that fascinated Joseph Henry. In fact, his studies of electromagnetism laid the foundation for the development of the telegraph and telephone, and a unit of measurement used in electromagnetism is named the “henry” in his honor.

He encouraged other scientists, such as Alexander Graham Bell, who were interested in sound transmission and room acoustics. Henry inspired Thaddeus Lowe’s work in aeronautics for researching weather conditions in the atmosphere and the jet stream. After his work at the Smithsonian, Joseph Henry became the second president of the National Academy of Sciences, the most prestigious group of scientists in America, and used his position and influence to promote the study of science throughout the country.

This is an excerpt from the Weather and Climate Systems unit of our curriculum product line, STCMSTM. Please visit our publisher, Carolina Biological, to learn more.