Love Is In The Air For Cicadas

If you have missed socializing during the pandemic, spare a thought for the periodical cicada. After 17 years underground, cicadas all along the East Coast are finally surfacing — and they are looking for action! However, it isn’t as easy as you might think for a cicada to find love. Sometimes a pair of new, shimmering wings is not enough. 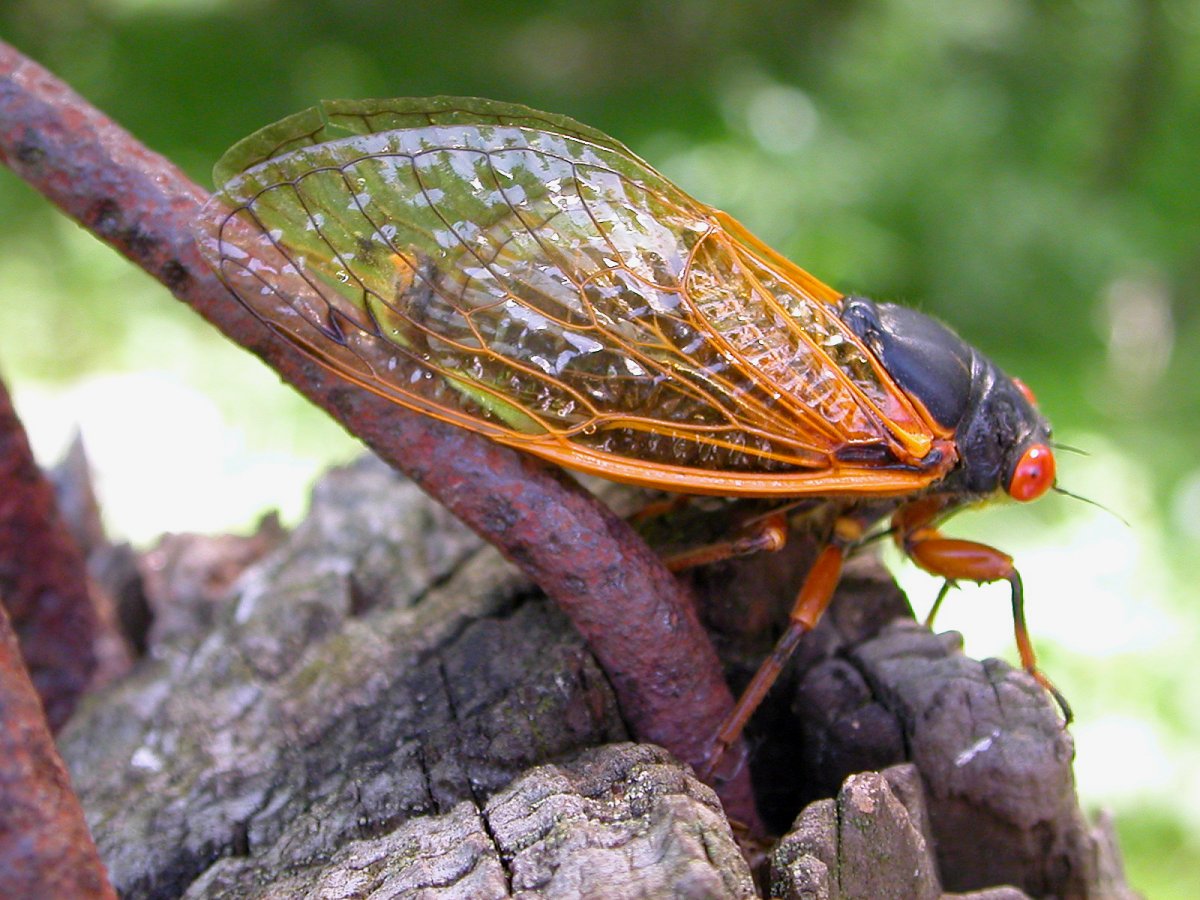 Cicadas emerge from the soil as nymphs and mature quickly once above ground.

Male cicadas use sound to attract females in a very unique way. They have two organs on the outside of their abdomen called tymbals, which, perhaps surprisingly from the name, are not drums. They are ribbed membranes, which can collapse inward when muscles around then contract. The tymbal makes a clicking sound when it collapses inwards and then another clicking sound when it pops back out again. When these clicks occur rapidly, they create the characteristic buzzing “song” of a cicada. If you listen carefully to cicadas singing you may be able to hear the clicks.

Gently push a soda can in to create a dent. Then squeeze it gently on the sides to pop the dent back out again. What do you hear?

Air in the cicada’s abdomen amplifies the song in the same way as the body of a guitar amplifies the sound made by the strings. Male cicadas group together in dense choruses to amplify the sound further. Nothing attracts females like a few thousand wingmen! But how to find that special someone in a crowd? Brood X—the name given to the periodical cicadas that are surfacing in 2021—is made up of three different species. The pattern of clicks made by male cicadas is specific to a species. Females of the same species recognize this pattern and respond by flicking their wings to make a snapping sound. The male then changes his song to a “courtship” song and moves towards the female, guided by her wing snaps. This duet continues until the couple finally come together and mate.

Grasshoppers and crickets also use sound to find a mate. However, the way they make sound is different to cicadas. Grasshoppers and crickets rub body parts together using a method called stridulation. One body part—the scraper—is sharp and the other—the file—is serrated, like a saw. A washboard makes sound in a similar way when played with a spoon. 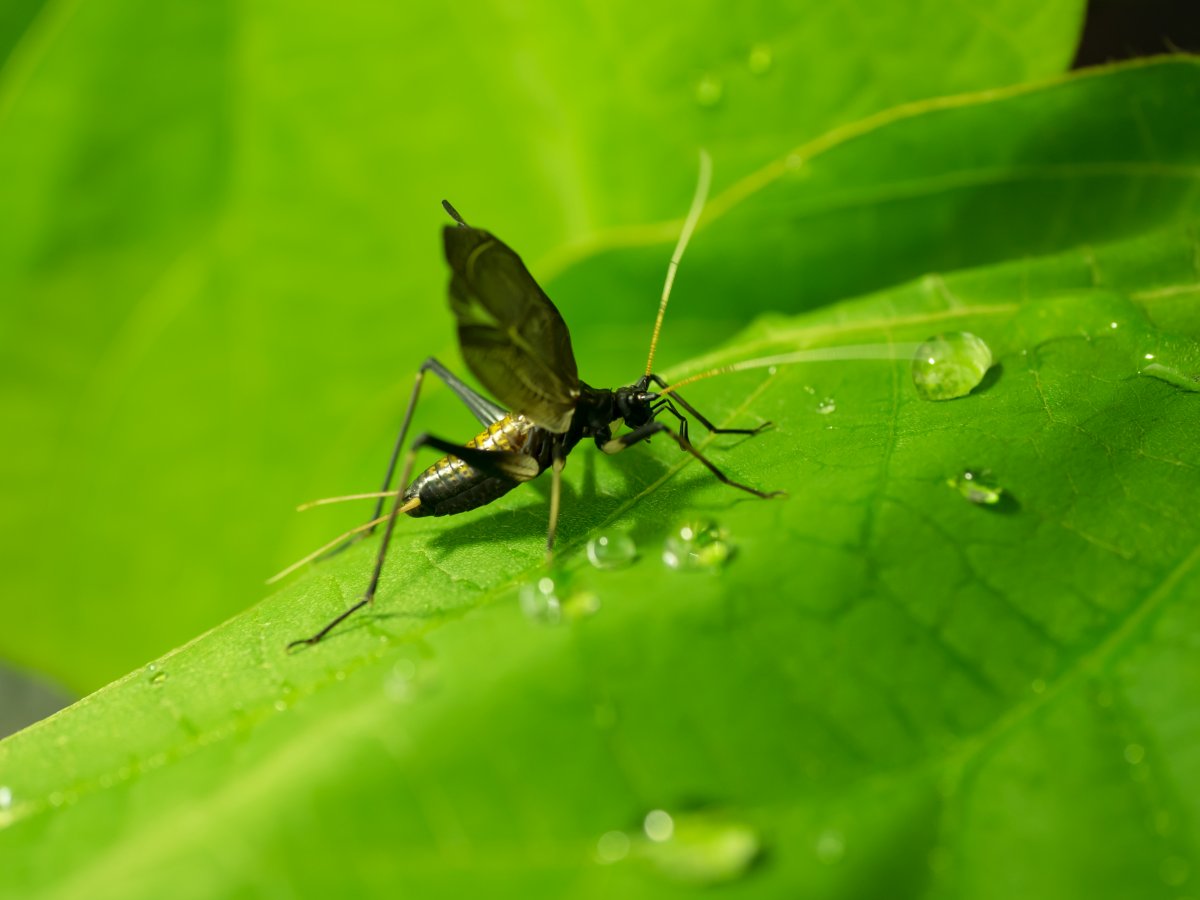 Like cicadas, grasshoppers and crickets both have songs that are specific to a species. Female crickets are not able to make sound, however, so it is up to the female to select a mate. This puts a lot of pressure on the male cricket to impress! Female crickets have been shown to prefer larger males, who usually have louder or lower pitched songs. Studies have shown that some species of male tree cricket amplify their songs by cutting holes in leaves, a process called baffling. Pushing their head and body through the hole in the leaf creates a megaphone type structure. This fools female crickets into thinking a male is larger than it is, which leads to greater mating success with the ladies for small males!

Fireflies, or lightning bugs, use light instead of sound to find a mate. Fireflies have special organs in their abdomens that can light up in a process called bioluminescence. They are able to turn the light on and off by controlling the oxygen supply to the light organ. Male fireflies use a pattern of light flashes that is unique to a species to attract a mate. 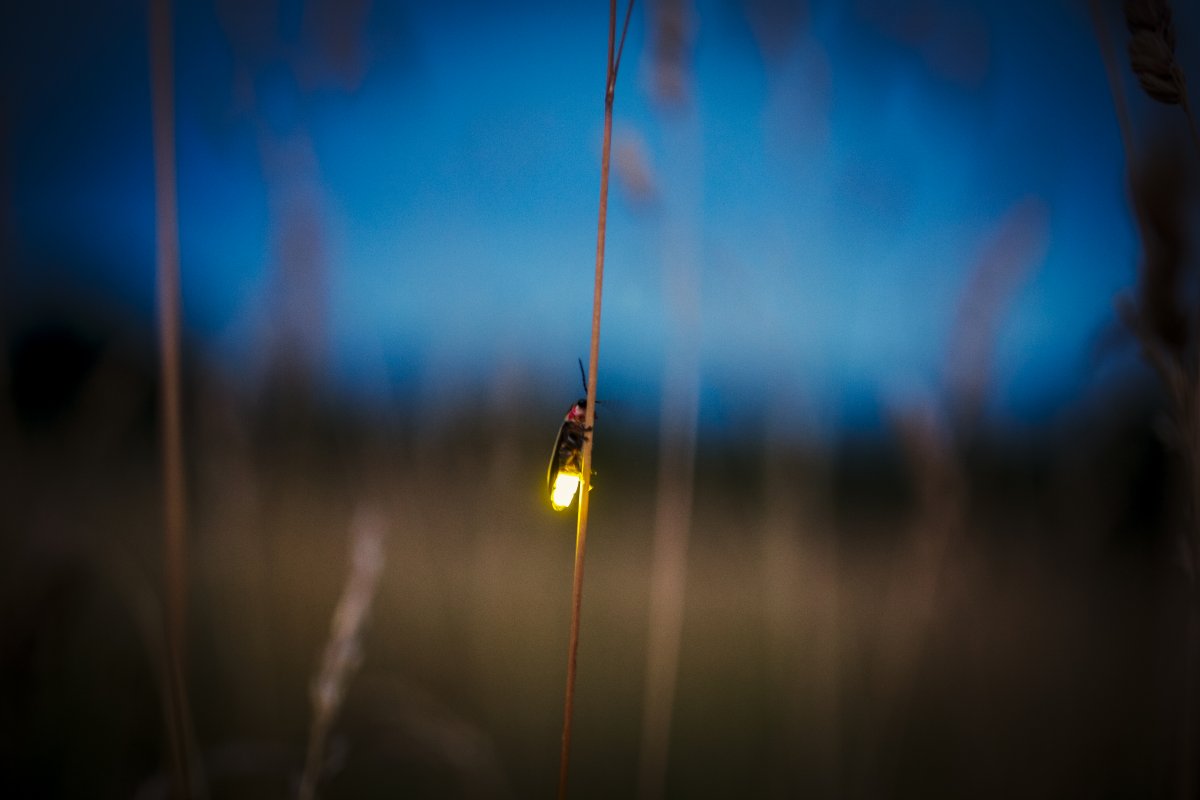 There are 170 species of firefly in North America.

Female fireflies sit around on leaves watching the show and, when they identify a flashing pattern by a male of the same species, turn their lower body towards the male and flash back. The timing of this flash in relation to the male’s flash is also unique to a species. The male and female then exchange flashes until the male locates the female. 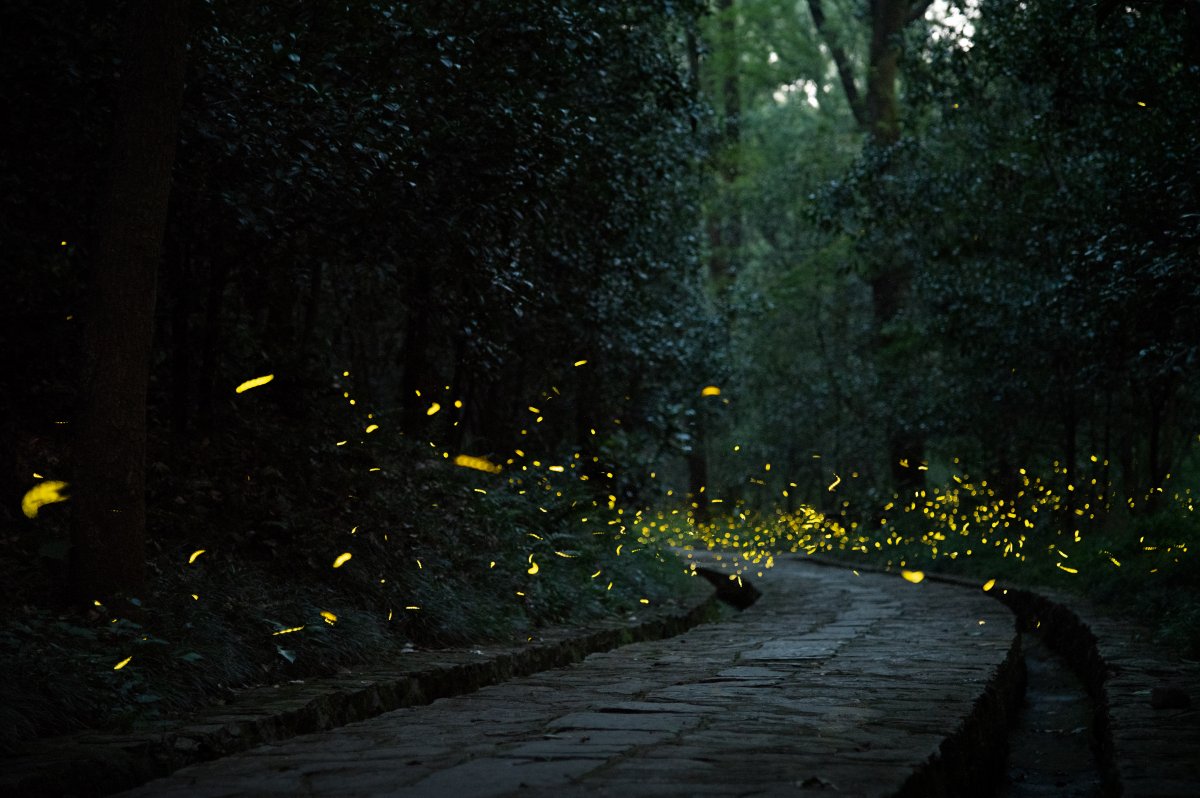 Some species of firefly synchronize their flashing to create a spectacular light show.

Next time you see the glow of fireflies or hear insects chirping take a moment to think about all the sophisticated sexual signaling that is taking place! For more information on how animals make sounds, see Smithsonian Science Stories, Speed Bumps. For more information on how animals send messages see Smithsonian Science Stories, Sending Signals. Both books are written for Grade 4 age readers: below grade and Spanish versions are also available.