This May saw the culmination of a relationship between the Smithsonian Science Education Center and Hebrew University that began in February. As we enter the 100th anniversary of Einstein’s Theory of Relativity the two organizations are starting a collaboration. Using Smithsonian resources as well as the Albert Einstein Archives, the two aim to make science, technology, engineering, and math more accessible and appealing to a new generation of world-changing scientists. In addition, the Einstein Legacy Project wishes to support the development of the Smithsonian Science Education Center’s new k-8 curriculum. At a signing ceremony in the Smithsonian Castle Commons on May 16th, Smithsonian Science Education Center Director, Carol O'Donnell, emceed the event and along with Secretary Skorton and the President Ben-Sasson of Hebrew University set the plan into motion by signing the MOU. The collaboration started off with a bang as a photo from the signing was picked up and shown in Times Square in New York City. 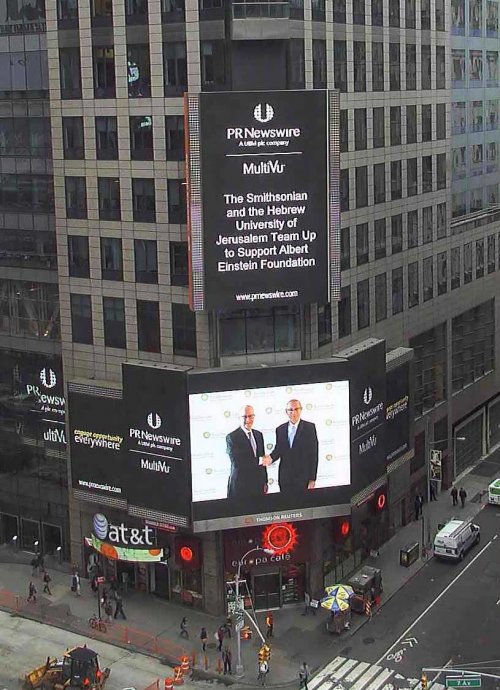