Happy Pollinator Week! We can all appreciate the beauty of blooming flowers and budding trees, but we don’t always take a minute to be thankful for their silent helpers. Nine years ago the U.S. senate declared a week each June to be National Pollinator Week. This weeklong event is not only to celebrate the pollinators who make summer beautiful but to raise awareness. Populations of pollinators are in decline, and without these pollinators the fragile ecosystems they live in will fall into disarray. To learn more about how you can participate in this year’s National Pollinator Week, click the link here.

Before we start talking about the pollinators that make it all possible, we should talk a little about why pollinating is important. Like us, plants needs to create new plants in order for their species to survive. However, unlike humans or other animals, plants cannot do this amongst themselves. In order for plants to spread their genetic material—or pollen—they need help from pollinators. Using flashy flowers, fragrance, and the promise of nectar, plants draw pollinators in to help them. These pollinators pick up pollen as they eat and spread it wherever they go. This is your classic symbiotic relationship! You can read more about the fascinating process in Making New Plants.

National Pollinator Week runs from June 20th through the 26th of this year. To kick it off, we’re exploring an often forgotten pollinator: the bat. We all know that bees are essential to pollinating flowers to help them bloom. Sure, we even know about the butterflies and birds helping out, too. But did you know that bats play an important role as well?

Bats are one of those creatures that really polarizes people. You either find them adorable (like I do) or you find them creepy. Usually thought of only in connection to Halloween or vampires, these guys get a bad rap! While we might have mixed feelings on bats, the cacti they pollinate do not. 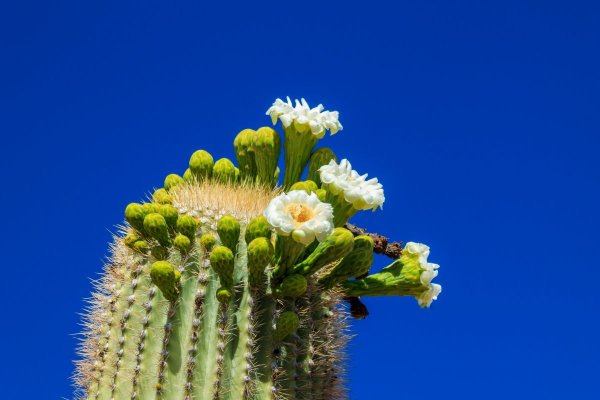 Saguaro cactus in bloom thanks to bats! Image: DGHayes/iStock/Thinkstock

There are several qualities about bats that set them apart from other pollinators. For one, bats are nocturnal. This alone is a big difference from other pollinators. While the birds and bees can take the day shift to pollinate, bats can pick up the slack when the Sun goes down. Bats are also able to pollinate flowers that only open during the night. Another important trait is that bats can fly much farther distances than your typical pollinator. This ability to fly far means that the genetic material they pick up can be spread great distances, which increases diversity. 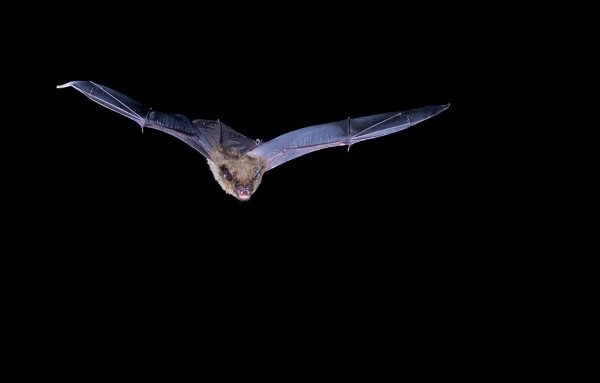 Bat pollination is most common in tropical and desert areas such as Africa, Southwest Asia, and the Pacific Islands. However, there are two species of bat that help in pollinating the southwestern United States. The Lesser Long-Nosed Bat and Mexican Long-Tongued Bat both migrate from Mexico every spring to states like Arizona, New Mexico, and Texas. Both of these bats are considered endangered by the U.S. Fish and Wildlife Services. While bats help pollinate mango, guava, and banana trees in other parts of the world, these bats are helping to bloom cacti. The Lesser Long-Nosed Bat uses its long face to perfectly fit inside blossoms to reach the nectar and cover its heads in pollen. Not only will these bats spread the cacti’s pollen far and wide, but they also eat insects off the cacti at night as well!

Without bats, and other pollinators like them, our planet would be a much less beautiful place. Make sure to check out other posts and events this week and support our pollinators that make our world beautiful!