I have a friend from when I lived in Ohio. We dealt with lots of lake effect snow and the occasional blizzard warning. She moved to Seattle and she experienced lots of rain. Then she moved to Charleston just before Hurricane Matthew hit in 2016. About a year ago, she moved to southern California. Last week I received a text from her. "I do not like earthquakes." 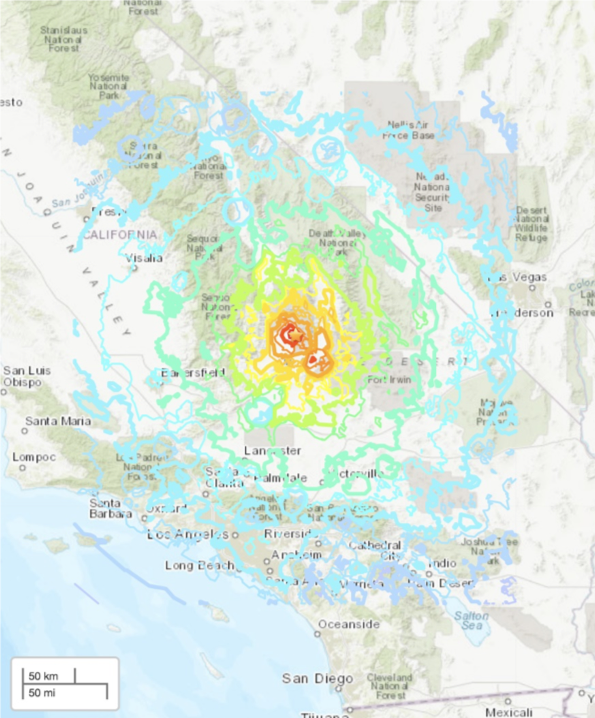 How does one prepare? The website Ready.gov is a great place to start. Their two major suggestions are Be Informed and Plan Ahead. Here’s a summary of information from this site and several others.

Become familiar with natural events that could occur where you live or in an area you plan to visit. If you are new to an area, you may want to start by asking your neighbors. They may also be able to share information about community alert and support networks. You can look for maps showing flood-prone areas and earthquake hazard maps through Federal Emergency Management Agency sites.

Ready.gov suggests starting a plan with these four questions. Ready.gov

Learn about ways to safeguard your belongings. If you live in an area susceptible to flooding, use watertight storage containers where possible. To limit damage due to earthquake shaking, secure furniture to building structures and small items to shelves.

Prepare a response kit. This could be something to grab in an evacuation or it could be supplies to use on site following an event. The Earthquake Country Alliance has some good suggestions.

How will you receive warnings? What types of warnings will be issued if an event is forecast or is happening? If it is forecast, what should you do and how much time do you have to act? Hurricane warnings may provide you with several days to evacuate. Tornado warnings may give you a few minutes to take cover. 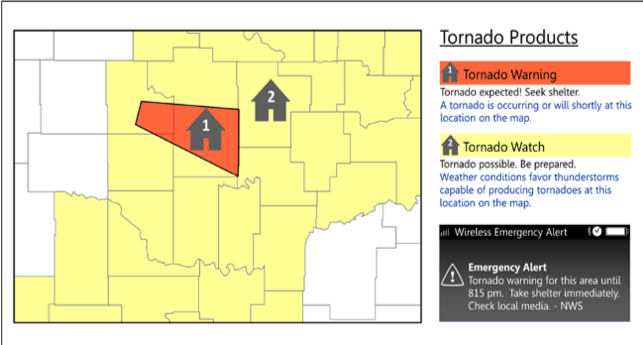 Many earthquake-prone regions now have alert systems that activate once an earthquake is detected. They can warn of specific levels of shaking with enough time for municipalities to stop trains, hospitals to safeguard operating rooms, and people to Drop! Cover! and Hold On! to protect themselves. 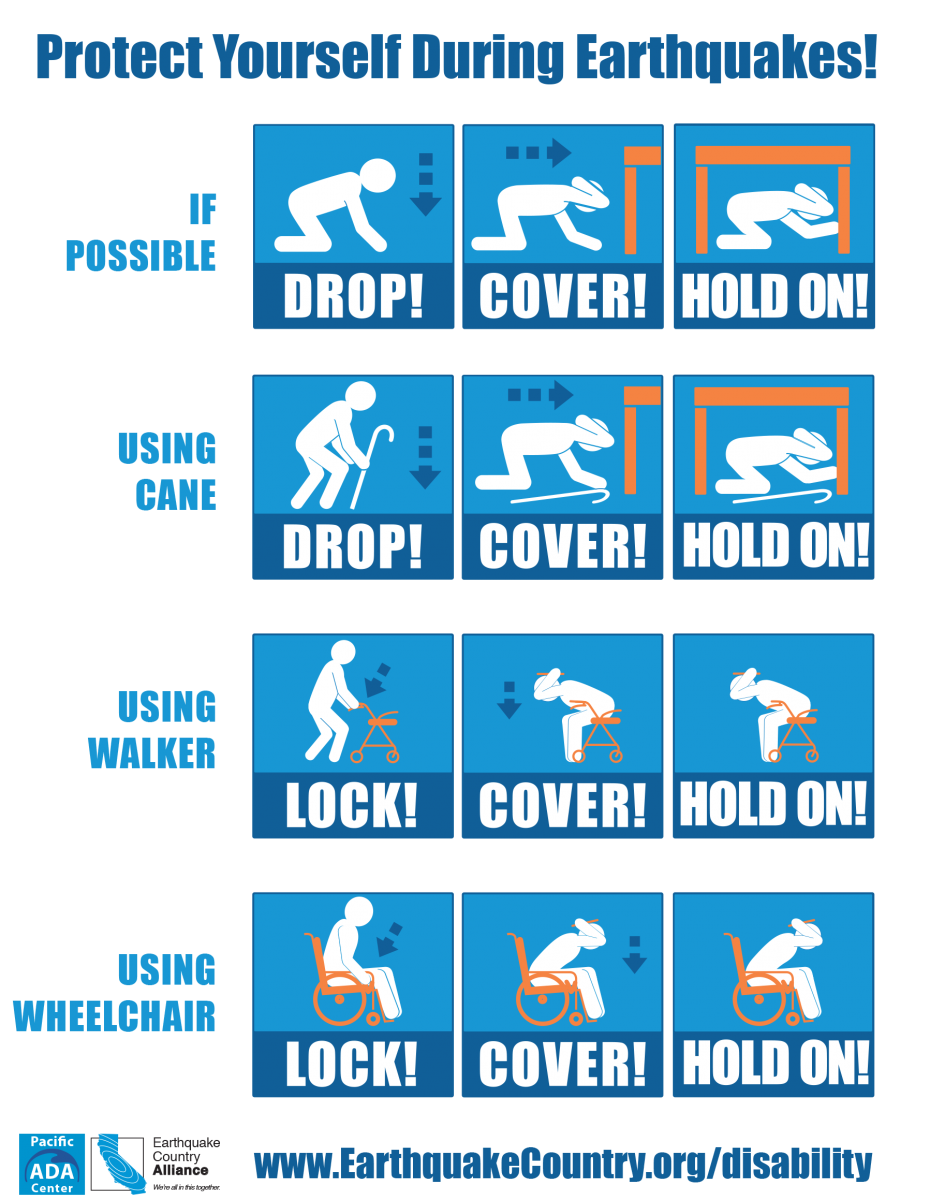 Prepare to be on your own. Depending on the nature of the event and the impact, you may be without electricity or water for days to weeks. This is where that response kit comes into play. But this isn’t only about having food and water. The Centers for Disease Control and Prevention have some guidance on how to deal with, well, poop after a disaster.

Interested in having students learn more about planning for and responding to natural disasters? Consider using the Smithsonian Science for the Classroom module called What Is Our Evidence That We Live on a Changing Earth? This module is designed for use in fourth-grade classrooms and includes lessons about where on Earth volcanic eruptions and earthquakes are common, features of earthquake-resistant buildings, hazards associated with tsunamis, and organizations that study and issue warnings for earthquakes, volcanoes, tsunamis, and landslides. 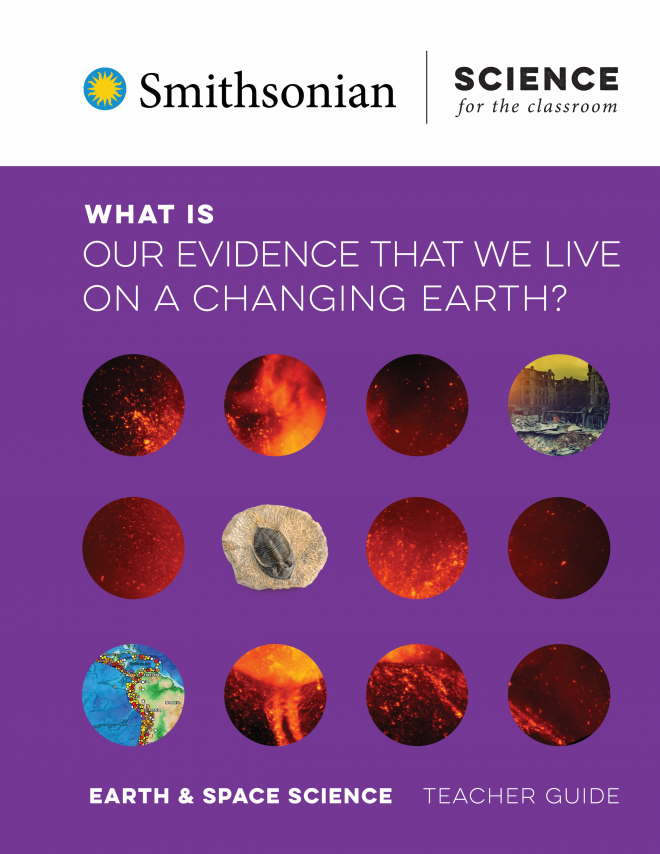 Melissa Rogers is a Science Curriculum Developer on the Curriculum and Communications team. She joined SSEC in 2017 to support the writing of the NGSS-aligned Smithsonian Science for the Classroom modules for elementary classrooms. Melissa completed a BS and MS in Geophysics at Virginia Tech, with a focus on earthquake seismology. Following that, rather than studying the vibrations of Earth, she applied her data analysis skills to understanding the microgravity environment of Earth-orbiting spacecraft such as the US Space Shuttles. After explaining microgravity to researchers for several years, she started to develop microgravity educational materials for NASA and to design and facilitate related teacher professional learning opportunities. That led to (earth systems, environmental science, engineering, physics) classroom teaching at the high school, community college, and four-year college levels. For four years prior to joining SSEC, Melissa created in-person, on-line, and hybrid climate change professional learning workshops for educators. In her spare time, she enjoys perusing cookbooks and testing out new recipes.