Poor Pluto is finally getting a visit! To the disappointment of stargazers everywhere, the icy space rock, only 1/6 the size of Earth, was downgraded to a "dwarf planet" in 2006 as we learned more about our solar system. While we may not quite be over Pluto's "ex-planet" status, we have at least one thing to celebrate: Almost 90 years after its discovery, we're finally visiting Pluto! 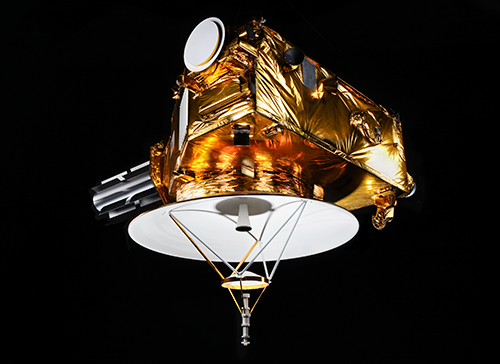 A mock-up model of the New Horizons spacecraft on display at the Smithsonian National Air and Space Museum.

In January 2006, NASA launched the New Horizons space probe, the fastest spacecraft ever launched and the first aimed at Pluto. Since then, it has been traveling through the solar system at over 30,000 mph while the rest of us on Earth have gone about our lives. In fact, a lot has happened since New Horizons blasted off nine years ago: Twitter was launched, Taylor Swift released her first album, and, oh -- Pluto was thrown out of the planets club. (That's right: When the New Horizons mission began, we were still visiting the ninth planet in our solar system!)

Although only the size of a grand piano, New Horizons carries seven scientific instruments with names like Ralph, Alice, and LORRI that hope to teach us about Pluto's surface, what it's made of, and what its atmosphere is like. We won't be landing on Pluto this time, just flying by, but scientists hope to land on its surface in the future.

Did you know? There are nine "secret" items stored on New Horizons, including the ashes of Clyde Tombaugh, the scientist who discovered Pluto!

Pictures of Pluto taken by LORRI, one of New Horizons's cameras, from 31 -- 34 million miles away! (Credit: NASA/JHUAPL/SwRI)

After nine years and over three billion miles, New Horizons is almost to Pluto. On July 14, 2015, you can tune in as the probe makes its closest flyby and sends back the first ever close-up, color images of Pluto and its moons! (We'll be so close, in fact, that if New Horizons passed by Earth at the same distance, you could take pictures of Central Park in New York City!) Until July 14th, however, you can visit NASA's website to view the newest pictures of Pluto as New Horizons gets closer and closer. Since this is our first mission to the dwarf planet, every new picture is the best ever taken!

When New Horizons finishes with Pluto, it will hopefully pass by one or two more objects in the Kuiper (pronounced "Kai-pur") Belt, Pluto's icy neighborhood. Scientists believe that this area is made of the "leftovers" of the solar system thrown away after the planets were created. It's full of icy comets, asteroids, and other dwarf planets. (One dwarf planet, Eris, is actually larger than Pluto!) The Kuiper Belt is so large that the distance from one end to the other is larger than the distance from Saturn to the sun! Just like we're exploring Pluto for the first time, New Horizons is also exploring the mysterious Kuiper Belt for the first time, making this one of the biggest missions in space history.

How to Get Involved (and Why You Should)

Recently, we had a chance to speak with Dr. Alan Stern, the principal investigator for New Horizons (he runs the show), to ask him why it was important for children and families to be involved in the mission this summer.

"The flyby of Pluto by New Horizons is an epic space mission that will make history by completing the reconnaissance [or initial research] of the planets begun 50 years ago," he said. "After we finish, all the planets from Mercury to Pluto will have been explored in the space of a single lifetime. ...Nothing like what we're doing -- exploring a new planet for the first time -- is planned to happen ever again by any space agency. It's raw exploration laced with a little danger, a fast, high-tech spacecraft, and the joy of humans learning new things about the universe around us.

The exploration of Pluto by NASA's New Horizons will be a historic moment in the 21st century and something kids and grandkids who watch will remember for a lifetime and likely tell their own kids and grandkids that they saw. What could top that?" 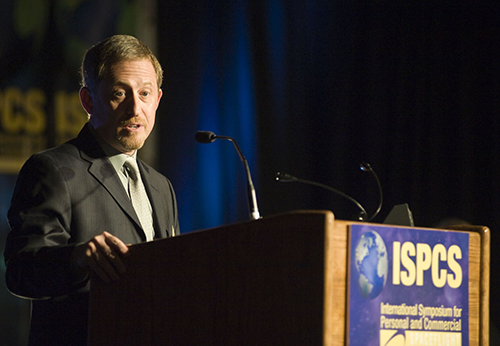 Well, ready to witness history? Thankfully, NASA has provided many resources and even an online app to help us join in! We've included two here, but you can check out the rest under "Resources":

Eyes on Pluto: This online app (which requires a free download) gives you a hands-on experience with the New Horizons mission, its destination, and the people involved! Try "Simple" or "Advanced" mode for more fun.

Pluto Time: How dark is Pluto at lunch time? Find out for yourself! Even though the dwarf planet is over 3 billion miles (or 5 billion kilometers) from the sun, it isn't as dark as you might think! Around sunrise or sunset every day here on Earth, there's a short moment where it's as bright as noon on Pluto, and NASA is calling it "Pluto Time". Enter your location, get your Pluto Time, and upload a picture! NASA may even feature it on their website!

This summer, thanks to a team of brilliant scientists and engineers, we have the chance to experience history! We've been to Mercury, Neptune, Jupiter, and everything in between, but this is our chance to follow along with the first ever mission to our favorite ex-planet. This marks a milestone in space exploration, and who knows? Maybe you or someone you know could lead the next mission to the Kuiper Belt and beyond!

Read more about the New Horizons mission and Dr. Alan Stern at Smithsonian.com!