Behind the Scenes
20
May

On Monday, May 16, 2016 the Smithsonian Institution and the Hebrew University of Jerusalem formally signed a Memorandum of Understanding (MOU) to collaborate on the celebration of the 100th anniversary of Albert Einstein’s General Theory of Relativity.  The Smithsonian and Hebrew University will leverage this significant Einstein anniversary to collaborate on projects, produced by the Smithsonian Science Education Center, that employ the resources of the Smithsonian Institution and the Albert Einstein Archives to make science, technology, engineering and mathematics more accessible and appealing to a younger generation to prepare them to meet contemporary global challenges as scientifically literate global citizens. 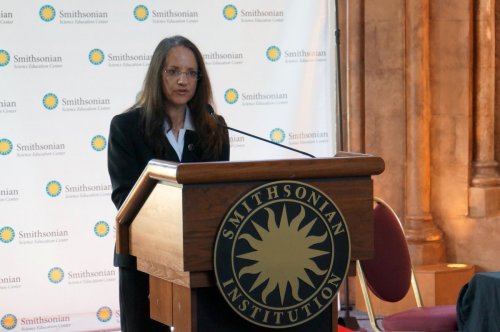 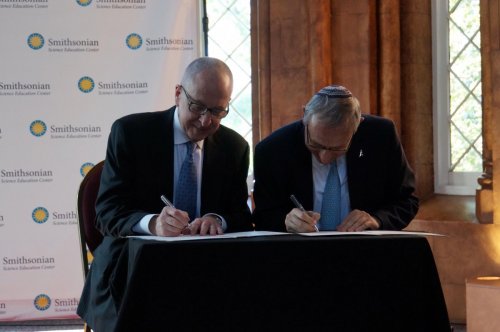 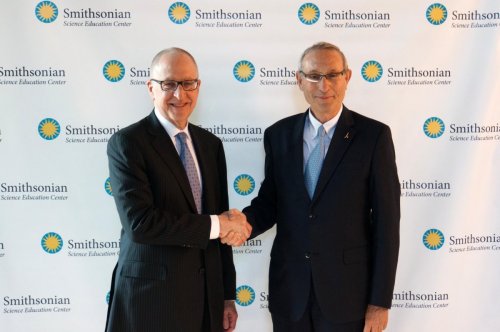 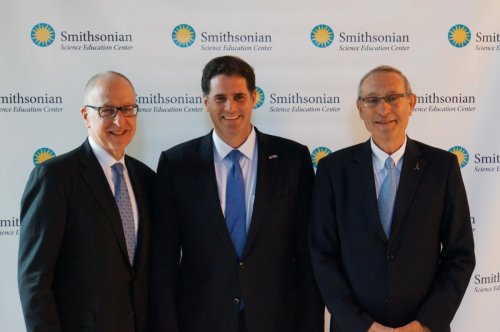 Dr. Skorton, His Excellency Ron Dermer Ambassador of Israel to the United States and Professor Ben-Sasson 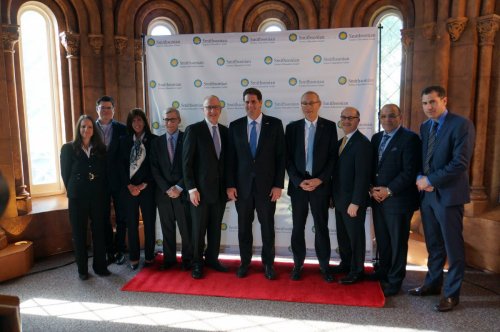 Inola Walston is the Advancement Program Specialist for the SSEC. Inola has over 22 years of fundraising and non-profit experience. As the Advancement Program Specialist, Inola composes and drafts detailed proposals and correspondence to donors and prospects; prepares reports and marketing materials; participates in solicitation and stewardship activities; and assists in the planning, management, and execution of special events and educational experiences to maintain donor engagement. Prior to joining the Smithsonian, Inola was the Organizational Advancement Officer for the Corporation for Enterprise Development (CFED), an economic development non-profit organization in Washington, DC. While at CFED, Inola was primarily responsible for a variety of grants management and fundraising activities such as grant writing, reporting, stewardship, and prospect research. Over her professional career, Inola has been employed at such venerable organizations as the U.S. Chamber of Commerce, and the Smithsonian National Museum of the American Indian, where she helped to raise funding during the museum’s capital campaign. Ms. Walston earned her BS in Interior Design from Louisiana State University.