Yunjung Yi’s lifelong interest in STEM has been in mathematics—the “M” part of the acronym. In her mid-elementary school years, she was drawn to solving math problems with “determined” answers, those that are logical and where a single answer exists. 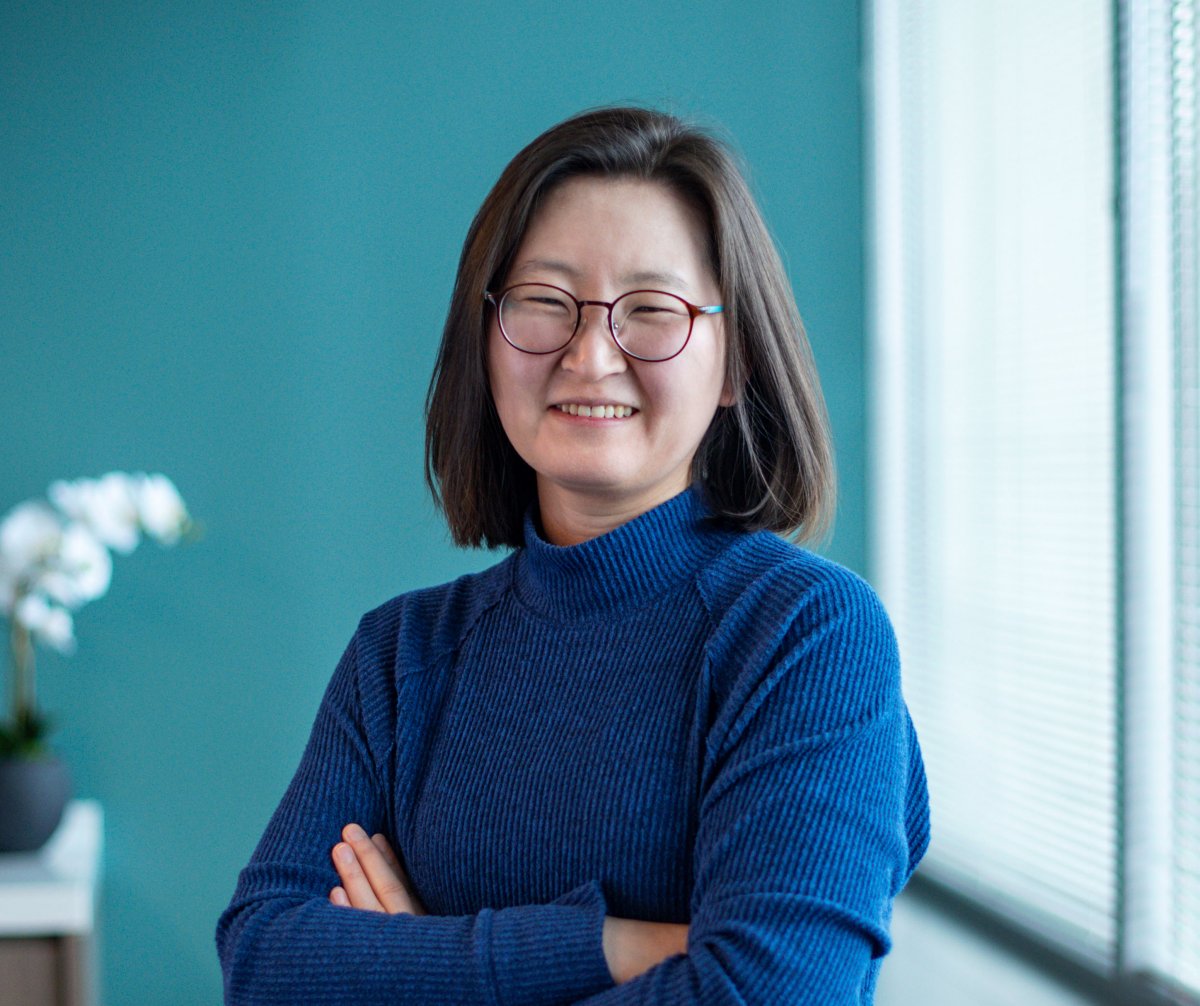 She continued to delve into math while in secondary school, where she participated in the International Mathematical Olympiad, a prestigious annual competition. She recalls practicing for it with fellow students and enjoying their discussions on potential solution approaches for challenging problems. Yunjung went on to study math during her undergraduate years, when she also explored computer science, which she found had coding similar to mathematics. “I like addressing challenging problems that have definite answers,” she says.

Now serving as a senior research scientist at Ofinno, Yunjung focuses on communication protocol (a system of rules) between cell phones and other devices. She points out that similar to how people use language based on grammatical and other rules to converse with each other, communication between devices is also based on “language” rules. The end goals of her research include enhancing current communication protocol and air interfaces (links between mobile communication stations). “Enhancements can be viewed in multiple ways, such as minimized cell phone charging time and being connected instantly to a web page or Zoom chat,” Yunjung says.

Since she joined Ofinno, Yunjung has been the primary and/or co-inventor of more than 300 inventions! And yes, her mad math skills are at the core of her work. Much like with advanced mathematical problems, she uses conjecture (a statement believed to be true based on observations) in her invention development. So if you find that your newest mobile technology performs better than the previous one, you may have Yunjung to thank for it!

A graduate of Wesleyan University in Middletown, CT, Nancy Griffin-Bonnaire launched her business, Mark My Words, Inc., two decades ago, serving as a promotional copywriter and professional copyeditor with a particular passion for serving educational and community causes. Her expertise spans the entire communications spectrum, including launching marketing campaigns from conception through implementation.