Stories of Challenge and Triumph: Using History of Science in Our Science Teachiner

Science can be intimidating even to those of us in the field, but particularly to students who find themselves struggling with STEM homework. The way we as educators talk about science can unintentionally contribute to students' self doubt about their potential in STEM. Too often, science is painted as the work of exceptional "geniuses". A superficial glance at history makes it seem as though scientific breakthroughs occur with ease and fanfare. 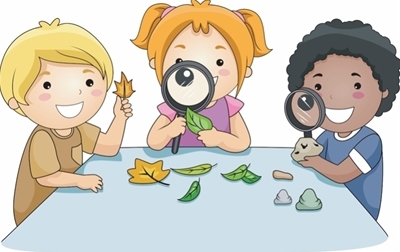 When you think about the discoveries and insights of the past 200 years or so of science, they do seem to come from people with super-human minds. Think about how we talk about scientists: Einstein's name  is synonymous with "genius."

While Einstein was certainly a... you know ..."Einstein," he worked hard and was the first to cite persistence as the key to success. He worked through many failures and stuck with problems. Perhaps our own names would be synonymous with "genius" if we had stayed with certain problems longer!  (Although to be honest, "You got an "A" in calculus? What are you, some kind of Chmiel?" doesn't have the right ring to it...)

Science moves forward because regular people decide to work hard and dedicate themselves to a problem. Being "an Einstein" helps, but it isn't required. The way we teach science can often highlight the success, triumph, and brilliance while obscuring the hard work and dedication behind those bold-face terms in the textbook.

Illustrating the hard work that leads to good science helps our students understand that science is something that is done by people. Dedicated, hard-working people. People just like them. To better understand the role of the history of science in science education, I interviewed  Ron Gray, Assistant Professor of Science Education at Northern Arizona University.  As a classroom teacher, Ron frequently used the history of scientific understanding when teaching science. Here is why:

"The history of science (as well as stories of current science) provides a context for the content of science.  By this I mean that research has shown that we most often present what Rick Duschl has termed 'final form science' to our students.  We provide them with the end products of science (the facts, laws, theories, etc.) without revealing how we came to understand that knowledge. Stories from the history of science allow us to illustrate the messy, exhilarating, and varied ways in which scientists have made discoveries and earned credibility for those discoveries.  Not only do I believe this helps our students learn the content, but it humanizes the scientific enterprise.  Putting these discoveries in context shows that scientists are human, which in turn provides a window through which students can see themselves as scientists.

One of my favorite examples (and one I use in class) is the discovery of messenger RNA, or mRNA.  mRNA is presented in textbooks as a fact; it plays a central role in DNA transcription and translation by transferring the genetic code from the DNA inside the nucleus to the ribosomes outside of the nucleus for translation.

To learn about the discovery of mRNA, we can start with the original 1961 Nature article titled "An Unstable Intermediate Carrying Information from Genes to Ribosomes for Protein Synthesis" (Brenner, Jacob & Meselson) that provides a very straightforward narrative (as all scientific papers do) of the discovery: a problem was noticed -> a hypothesis was tested experimentally -> the results confirmed the hypothesis.   This account helps us understand the nature of the problem under study and the specifics of the experimental evidence for mRNA which, of course, was very useful for other scientists.

For non-scientists like our students, however, it leaves the impression of a straightforward discovery in which the disinterested researchers un-problematically followed the steps of the scientific method to the discovery.  Next we can read the very different account by Francois Jacob in his autobiography, The Statue Within, in which he reveals a dynamic and challenging time full of many starts and stops in which far more experiments failed than succeeded and the hypothesis was held onto even through many contradictory results.

At one point, as Jacobs recalls, "our confidence crumbled... we found ourselves lying limply on a beach, vacantly gazing at the huge waves of the Pacific Ocean crashing onto the sand... Should we keep on?  What was the use?"  They persevered and when experimental evidence for mRNA was finally at hand, it was "followed immediately by a wild double jig." Behind all of the content in our science classes (even mRNA!), there are stories of challenge and triumph that reveal not only how science really works, but the everyday people, just like the students in our classrooms, that made the discoveries."

How about you, as a teacher, do you share stories of overcoming challenges? What are your favorite science stories? Is there something in the science world that has a fascinating back-story you would love to share? We would love to hear from you in the comments below.