The people who lived in Polynesia hundreds of years ago were known for their voyaging capability. They practiced wayfinding, or navigating, by using careful observations of the natural world including the stars, the Sun, and ocean waves. We know they sailed between clusters of islands that includes Marquesas, Mangareva, and Rapa Nui using their sturdy double-hulled canoes, but did they travel all the way to South America? Until recently, the strongest evidence to answer this question was the presence of the sweet potato, a crop native to South America, in Polynesia. However, recent research analyzing human DNA from Polynesians and South and Central American groups sheds new light on the mystery.

This artwork shows what a double-hulled canoe looks like. Getty 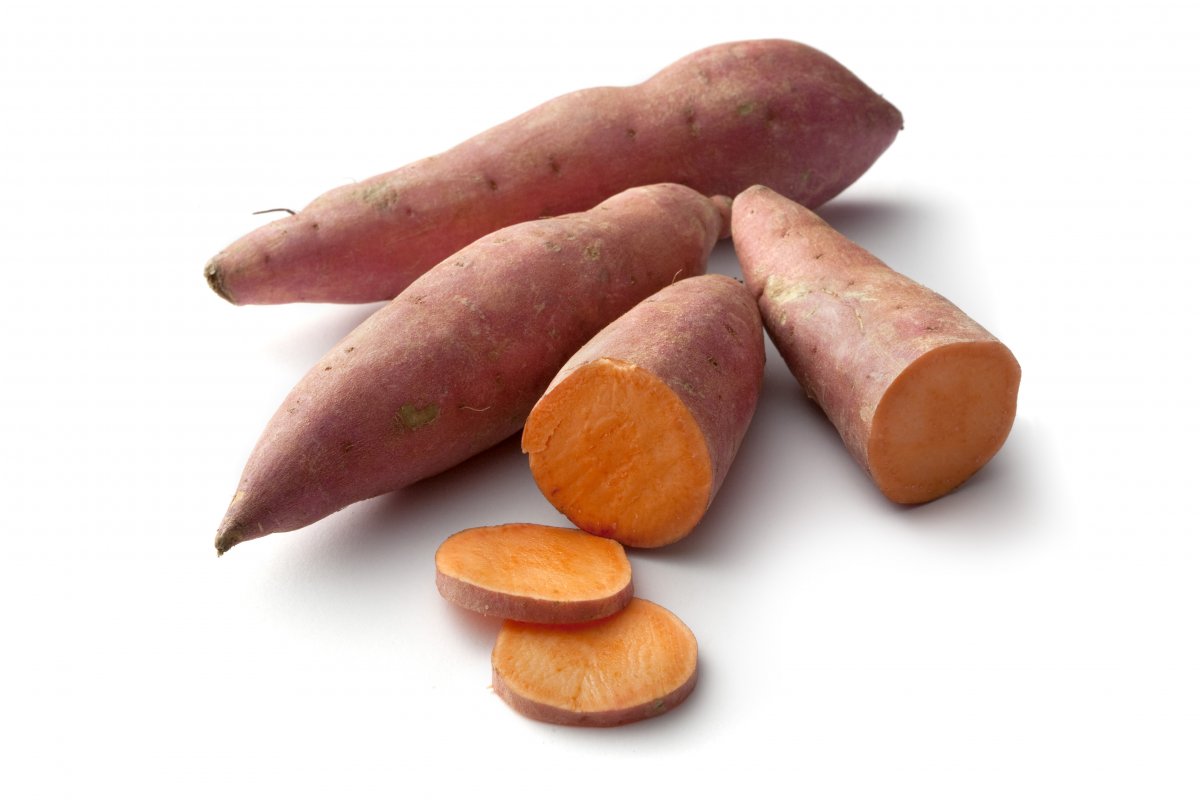 The sweet potato is native to South America. It is also found in Polynesia. How did it make its way to Polynesia? Getty

There are only a couple of ways for people to travel long distances separated by water—either by airplane or boat. But how did a plant travel from South America to Polynesia? Birds could have flown and carried plant material with them. Another possible theory is the plant’s shoots floating in the water and surviving the long journey. Or people carried the sweet potato to Polynesia. 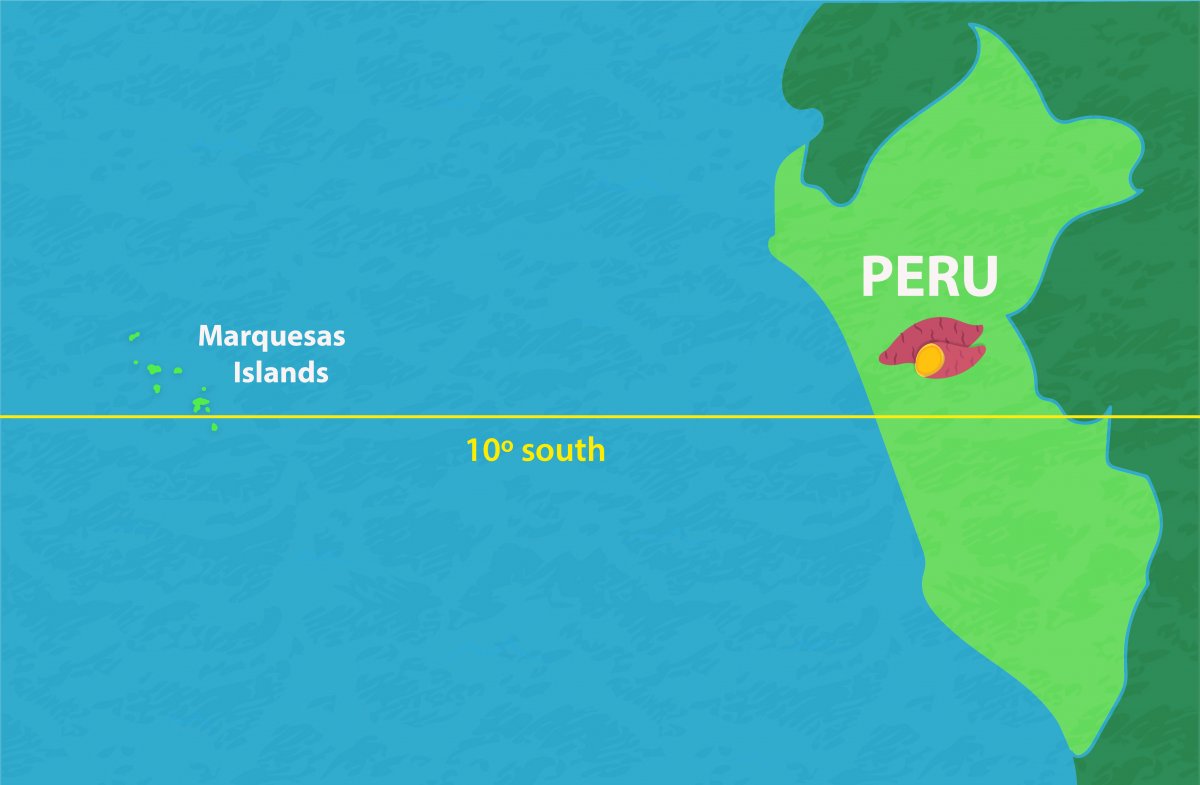 Evidence of the sweet potato is found in these two places. Did people carry it?

The theory that shoots of the sweet potato floated to Polynesia in the water is supported by research as recent as 2018 (Muñoz-Rodríguez et al., 2018) finding evidence that the most recent common ancestor between the South American crops and Polynesian crops lived 100,000 years ago. However, since the Polynesians were exceptionally known for their voyaging capabilities, it is thought they could have made their way from Rapa Nui, the closest island to the South American coast, to Peru and back with the crop. To further expand the mystery, in 1947 Norwegian explorer Thor Heyerdahl proved singlehandedly that he could make a 7,000-mile trip starting in Peru and going toward Polynesia on a raft far less equipped for the 101-day voyage than the Polynesians’ impressive double-hulled canoes. So who made the first voyage, or did anyone? Until recently, the enigmatic sweet potato was the only link between Polynesia and South America. But the beauty of science is that new evidence can emerge at any time. 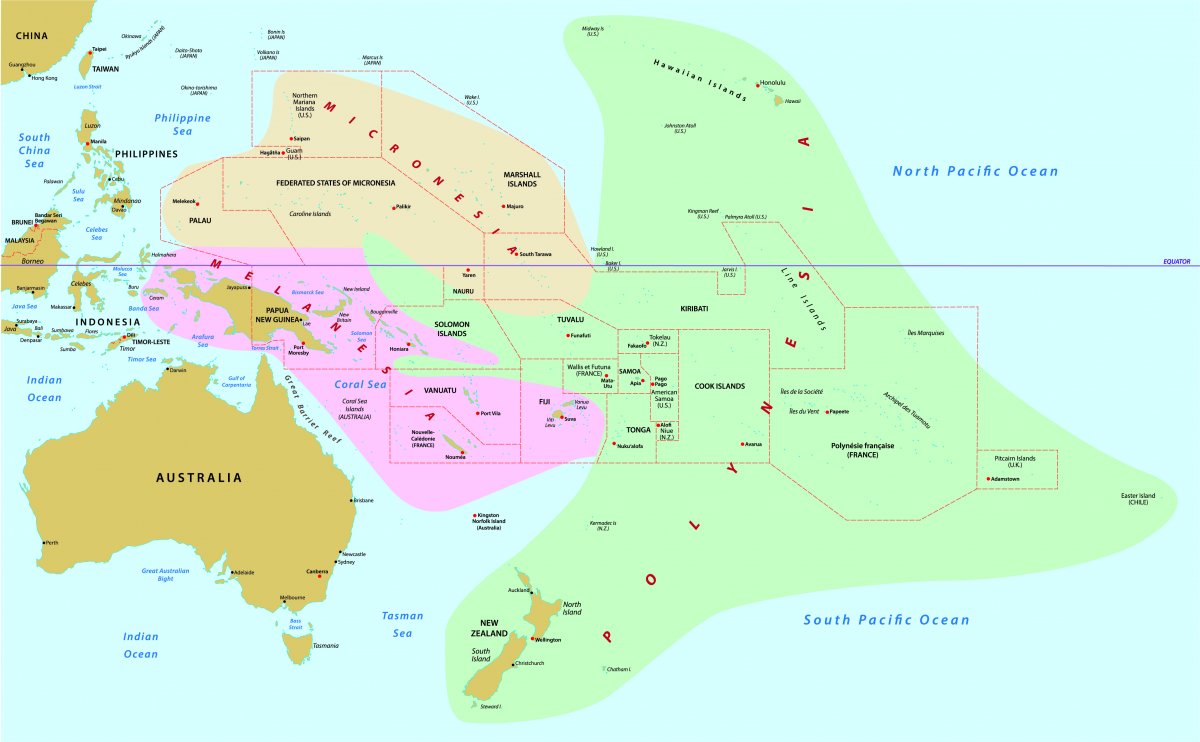 The Pacific Islands were settled by explorers moving west to east. A combination of South American and Polynesian DNA has also been discovered in the Polynesian population. Rainer Lesniewski/Shutterstock

According to research from Ioannidis et al. (2020), human DNA now supports another link between Polynesia and South America. These researchers analyzed genetic data from over 800 individuals from the Polynesian population and Indigenous South and Central American groups and found that people in eastern Polynesian populations have DNA showing a combination of Polynesian and South American ancestry. This DNA link supports the theory that people from the two cultures connected. What’s more surprising is that the DNA can estimate how far back to contact occurred. The results indicate that despite the proximity of Rapa Nui to South America, the DNA of South American offspring first appeared on islands farther west around 1200 CE (AD). This ancestral DNA mixture of Polynesian and South American first occurred among people inhabiting the South Marquesas Islands and took just over 200 more years to spread to Rapa Nui (Ioannidis et al., 2020). When new evidence is found, scientific ideas can change.

The human DNA gives more support than before to theories regarding human migration between Polynesia and South America but in which direction? The Polynesians may have sailed farther than initially thought. Did they return with South American persons? Did the South Americans make the journey west? The human DNA evidence also does not completely refute the hypothesis for the sweet potato’s presence in Polynesia from natural dispersal. What we do know is a more precise time for when humans from the two cultures connected. But new evidence doesn’t answer every question and can sometimes raise new questions to be investigated.

To learn more about the wayfinding methods of the Polynesians and the phenomenon of how the sweet potato became present in Polynesia, read “Polynesians and Potatoes” in Sailing Under the Stars, part of the Smithsonian Science Stories Literacy Series. This book is featured in the Smithsonian Science for the Classroom 3D module, How Can We Use the Sky to Navigate? In the module, students learn about wayfinding and navigation techniques to deliver an argument from evidence about the plausibility of ancient Polynesians sailing from the Marquesas Islands to Peru without instruments.