The British are coming

A century ago, the jungles of India were teeming with 45,000 tigers. The Indian people and tigers lived together in harmony, at least for the most part. Tiger hunts took place but were not common. This all changed when the British arrived in India, bringing with them their love of hunting. Tiger hunting became a royal sport soon after. 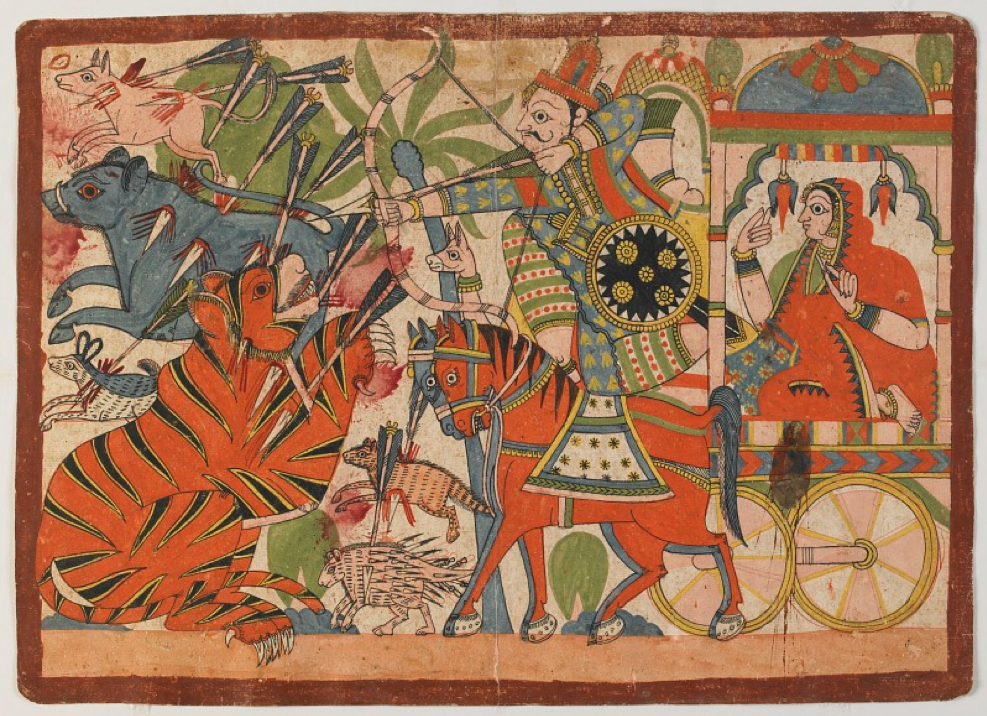 The tiger population went down and down … and down—no one knew by how much until a naturalist, Kailash Sankhala, decided to count tigers. He traveled around the country by train and recorded every tiger he observed. Everywhere he went he spoke to locals to estimate how many tigers used to live in the area. The rate of the decline in the number of tigers shocked him. As a result of his data, the Indian government banned all tiger hunting in 1972. The tiger was declared endangered by the International Union for Conservation of Nature (IUCN) in 1975. There are now less than 4,000 tigers living in the wild worldwide. Nearly 75% of these tigers are in India. One of the biggest threats to tigers in India is habitat destruction. To prevent this, India established 50 tiger reserves and banned new development in the core zone of each reserve.

As protection increased inside many of India’s tiger reserves, tiger populations within those areas reached their saturation point. Tigers are largely solitary animals and need their own territory. Male cubs leave their mothers between 18 and 20 months: female cubs may stay with their mothers a few months longer. The cubs are often forced to leave their reserve to find their own territory. They do this by travelling through safe corridors. Studies have shown that without good quality corridors even the best tiger reserve cannot sustain its tiger population for long. Tigers also need to travel between reserves to find a mate. Tigers must breed with tigers that are genetically different to them. This helps the tiger population as a whole to survive environmental changes and disease. 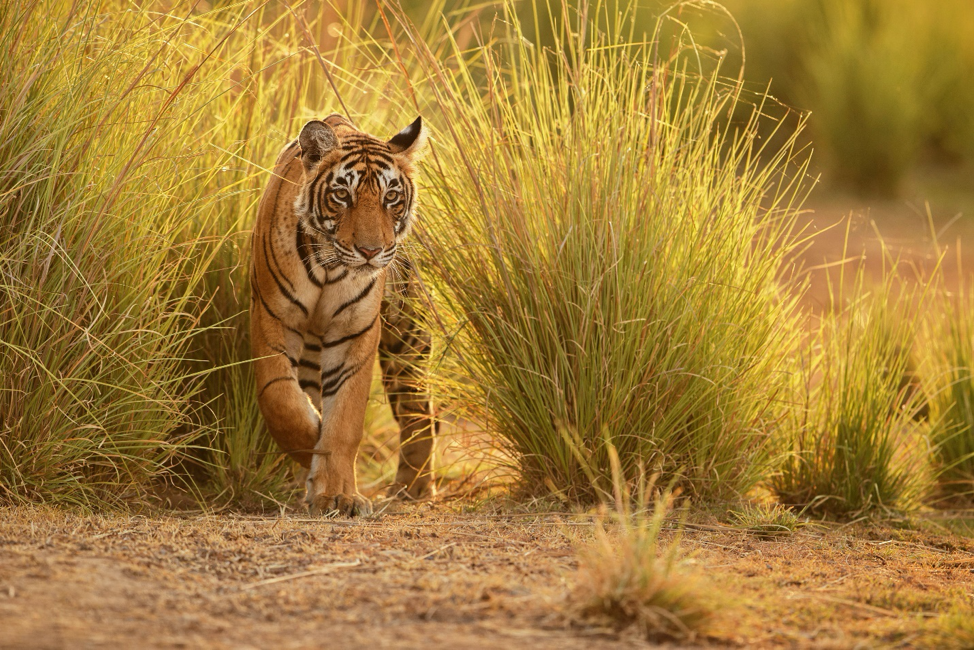 There is very little information about corridors; therefore, they are not as well protected as tiger reserves. India also has the world’s second-largest road network. As the human population increases, there is pressure to build more roads. Some of these will be built across tiger corridors. This can lead to escalation of human-tiger interactions. Tigers can also be killed when they attempt to cross roads.

Anish Andheria is president of the Wildlife Conservation Trust, which works closely with the National Tiger Conservation Authority and state governments in over 80% of India’s tiger reserves. As a child, Andheria observed wildlife in and around Mumbai. He sketched what he saw and later identified it in the library. 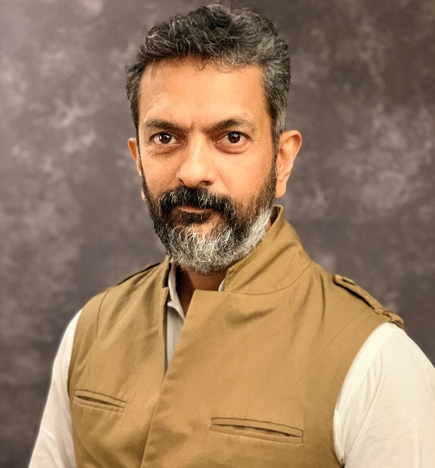 At a recent presentation at the Smithsonian’s National Museum of Asian Art, Anish Andheria talked about the work the Wildlife Conservation Trust does to identify tiger corridors in India. Dr. Andheria explained how data collection has changed since late 1960s, when Kailash Sankhala counted tigers. The Wildlife Conservation Trust uses camera traps to record the location and movement of tigers. Camera traps are cameras that can capture photos of wild animals in the absence of humans. They are triggered by the animal’s body heat and/or movement. The Wildlife Conservation Trust also carries out DNA analysis of tiger feces and tracks tigers using radio telemetry. Dr. Andheria’s team of scientists overlay data on tiger distribution with data on forest cover, water bodies, other geographic features, human activity, and roads and railways using a geographic information system (GIS).  Understanding tiger movement patterns gives valuable information on the connectivity between good quality tiger habitats. 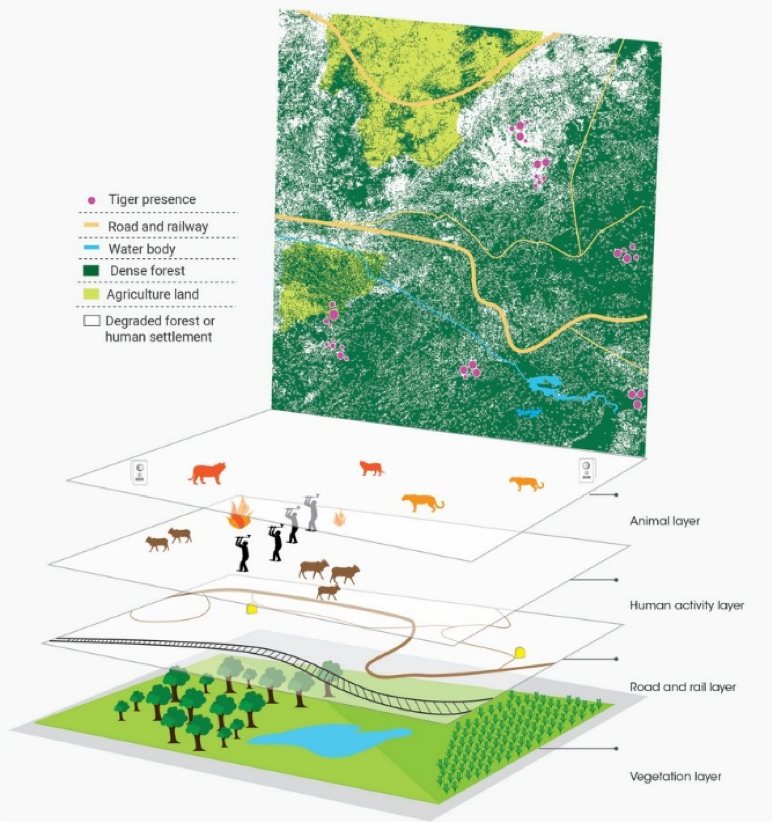 How did the tiger cross the road?

The Wildlife Conservation Trust’s data show that tigers can travel a lot. One male tiger the Trust followed left its place of birth and bred in some intervening forest. Its son then reached another tiger reserve 700 kilometers away. Tigers don’t always travel in a straight line though, so the actual distance covered can be much more. Between 25 and 30% of all tigers were found in areas that are not protected. Knowing how tigers move in a certain habitat and where tiger corridors are helps identify where they are likely to cross a road, railway line, or a canal. This helps determine which is the best place for a crossing. For an existing road, a safe animal passage can be provided two ways: building an underpass where vehicles move on a bridge and wild animals pass underneath or an overpass where vehicles move below the bridge and wild animals over it. For a new road being planned, this may mean raising the road so tigers and their prey can cross safely underneath. 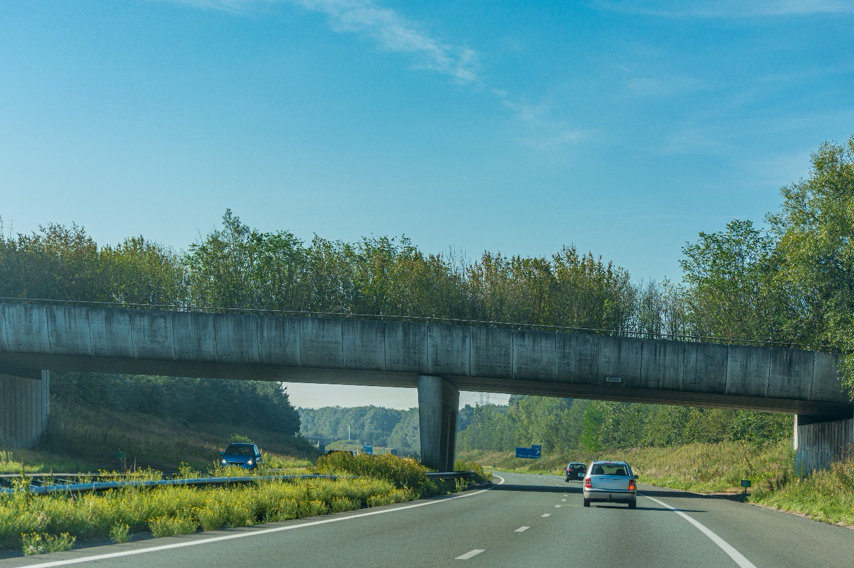 Through the efforts of the government and conservationists such as Kailash Sankhala, Anish Andheria, and many others, the number of tigers in India has gone up steadily. The Status of Tigers in India Report, 2018, reveals that there are now an estimated 2,967 tigers in the wild in India—33 percent higher than the number of tigers counted in 2014, and double that of the 2006 population.

For more stories on successes in conservation, watch the 2020 Earth Optimism Digital Summit from April 22nd to 24th. At 3:30 pm on Wednesday 22nd April, Marcel Huijer from University of São Paulo, Brazil, will be talking about ways to reduce the impact of roads and traffic on wildlife.

For a free activity on wildlife corridors for grade 3-5 students to do at home, visit the Smithsonian Science Education Center’s new distance learning web page. In the activity, How Can I Help an Animal Cross the Road Safely?, students identify a possible wildlife corridor for an animal where they live. They come up with a strategy to protect this corridor.