Visiting the Albert Einstein Archives and the Universality of Science Education

Dr. O’Donnell’s trip offered many memorable moments, including a tour of the beautiful Hebrew University Mount Scopus campus, pictured below. 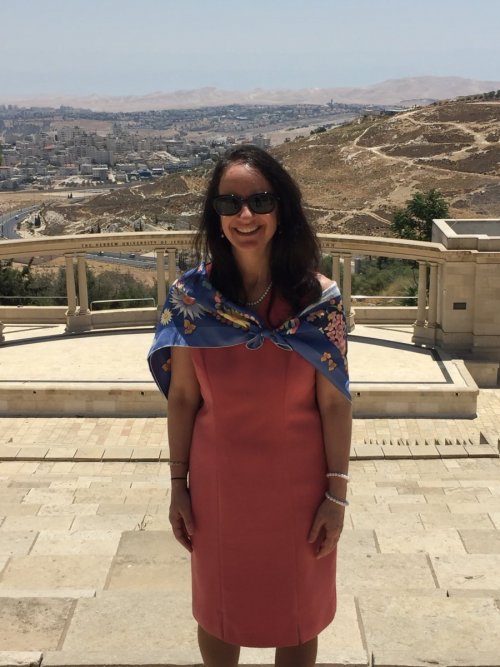 Another highlight of the trip to Hebrew University, of which Einstein was a co-founder along with Sigmund Freud, was that Dr. O’Donnell had the chance to tour the Albert Einstein Archives. The tour was given by Professor Hanoch Gutfreund. Professor Gutfreund is the former President of the Hebrew University, professor of Physics, archivist, and co-author of the new book The Road to Relativity: The History and Meaning of Einstein’s “The Foundation of General Relativity” which interprets Einstein’s famous theory. In addition to touring the archives, Professor Gutfreund and Dr. O’Donnell visited Albert Einstein’s personal library. Dr. O’Donnell spoke about the transformative nature of this experience, describing how much you can learn about someone by seeing the books in their library – even despite the fact that Professor Gutfreund pointed out that many of the books in Einstein’s library were gifted to him. 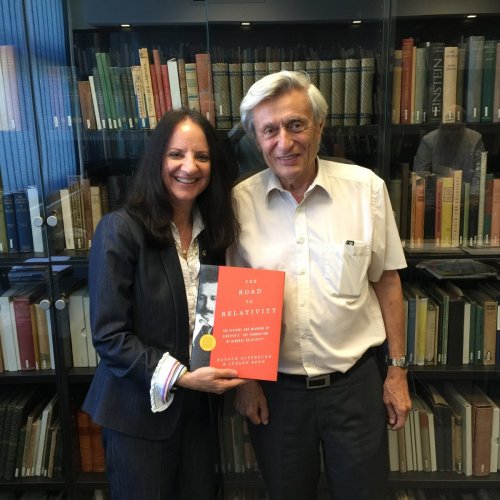 As for the archives, Dr. O’Donnell explained that they have 85,000 items – everything from personal letters from students telling Einstein to cut his hair, to the papers on general relativity themselves. When reflecting on her tour, Dr. O’Donnell lingered on those papers. As she described them she mentioned how being able to see Einstein’s actual handwriting on the paper was a very different experience from seeing someone’s typed words. By seeing scratched out words and passages rewritten – and sometimes literally cut and pasted to a different part of the physical document - you were really able to see Einstein’s actual thought process.  In fact, it’s Einstein’s process of constantly revising his scientific concepts, sometimes making sweeping changes, through a variety of reasoning and problem-solving techniques that students can use to discover and learn scientific concepts for themselves that Dr. O’Donnell is interested in capturing in Smithsonian Science Education Center's curriculum. 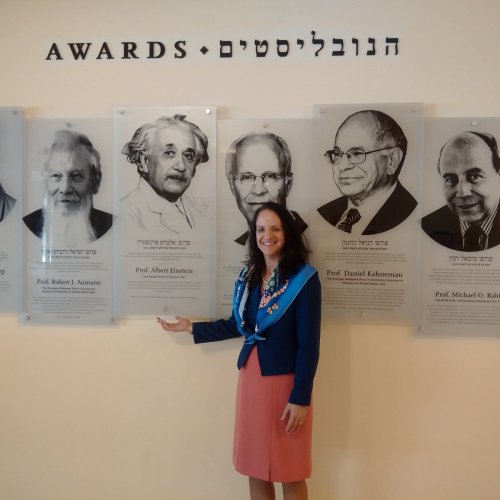 The primary goal of this collaboration is to increase accessibility of science education, and Dr. O’Donnell says that as part one (of a three part plan) doing this will mean tapping into the rich intellectual resources Hebrew University has to offer. Their active research has resulted in everything from cherry tomatoes to personalized coffee based on nanotechnology. The science happening at Hebrew University is important, but just as important is what it signifies; a shared passion for science. Dr. O’Donnell expressed that both institutions are passionate about science education and believe that “inquiry based learning is important no matter what language is spoken”. As Dr. O’Donnell said, “the Smithsonian has a broad reach beyond the Mall” and this trip is proof that science education can, and has, broken down barriers between countries; because it’s a truly universal cause. It’s these shared goals that are going to make this collaboration so fruitful.

As for what’s coming next, Dr. O’Donnell told me that as the second part of their plan the Hebrew University and Smithsonian Science Education Center will host a “Dinner of the Century” at the Smithsonian’s Kogod Courtyard in Washington D.C., bringing together inspirational leaders from the fields of Science, Medicine, the Arts, Music, Literature and Entrepreneurship to celebrate the 100th anniversary of Einstein’s General Theory of Relativity. This celebration looks to highlight not just great minds of the past, like Einstein, but also recognize rising scientists and next generation scientists. The third part of this collaboration will take place in September 2017, where a summit for STEM scientists and STEM educators will be held.