What Makes an Effective Science Video? 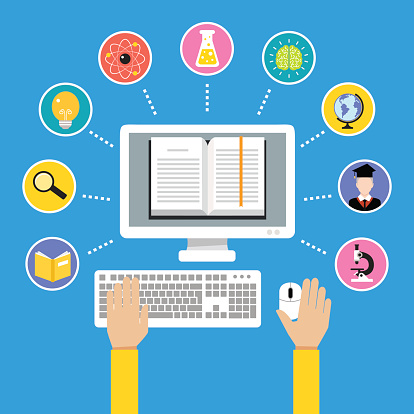 The ubiquity of digital technology has revolutionized the ways in which we communicate and consume scientific content. Perhaps most importantly, the Internet has enabled easier and more democratic access to knowledge that was once available only though exclusive and often costly academic programs. Answers to some of the most complex questions in science are now available at the click of a mouse, through web videos created by a diverse and highly popular set of so-called "science explainer" outlets, which have proliferated in recent years.  Other projects, such as Salman Khan's Khan Academy have assembled digital libraries that empower people all over the world to engage with vast collections of educational content through free and endlessly-replayable instructional videos. The Academy has already had a substantial impact on formal education, as its library of videos, which have been translated into 24 different languages, is accessed by roughly six million unique students around the globe each month (Noer, 2012).

As valuable and groundbreaking as this type of resource is, however, critics assert that a flaw of "content explainer" videos is that they essentially repackage traditional education and deliver it in a new way. Prensky (2011) argues that in addition to disseminating traditional lecture-based knowledge, digital technologies have the potential to provide new ways of reaching learners through games and multi-media tools that foster experiential education. Such resources may be particularly useful to students who have struggled in traditional educational contexts, as these tools may allow them to approach the same content in novel ways (Prensky, 2011).

In addition to engaging directly with students, digital media has the potential to impact formal science education through targeted professional development resources for educators. Unlike traditional professional development strategies, which typically require substantial investments of time and financial support, digital tools can provide enduring resources that reach teachers with information tailored to the specific needs of their practices. Recognizing this opportunity, SSEC's Curriculum and Communications team has been exploring potential applications for digital media tools in our larger mission to improve and support the teaching of science in the nation's schools.

As part of this exploration, our team attended a ScienceOnlineDC event focused on science communication through online videos. The event was hosted by the ACS Reactions team, who shared advice about science video production and provided an inside look at their process. Several other outlets also showed videos and discussed the aims and accomplishments of their content. The event was a lot of fun, and our team brought home some great ideas about the strengths of online videos in science education, and perhaps more importantly, how this content is often received by the public. As a combination of art and education, there's no "one size fits all" approach for guaranteed success in science video, but we've collected some of our unit's takeaways on what works, what doesn't, and what we feel our priorities should be in this field.

So what makes an effective science video?

What makes an ineffective science video?

Separating the wheat from the chaff:

Important topics are often overlooked by the viewing public - As evidenced by the incredible popularity of cat videos in recent years, the most widespread Internet content is heavily influenced by the whims of minds seeking escape, distraction and procrastination. This point was reflected by the ACS Reactions team's observation that their video, "Why do dogs smell each other's butts?" is their highest viewed content to date, with a wide margin over much more serious, and arguably important topics. Striking a balance between popularity and substance is necessary for all informational media, but is likely particularly crucial (and difficult to achieve) for effective science education videos.