5 Science Facts About The U.S. Constitution

"Constitution Day commemorates the formation and signing of the U.S. Constitution by thirty-nine brave men on September 17, 1787, recognizing all who, are born in the U.S. or by naturalization, have become citizens." -- www.constitutionday.com 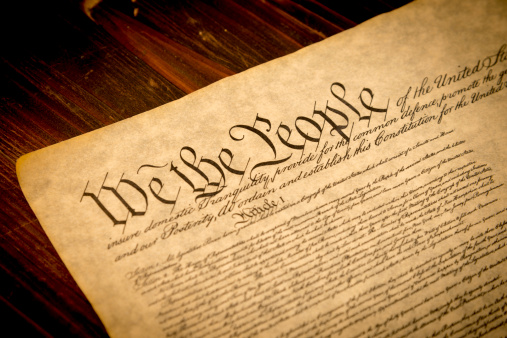 Of course, we are all aware of the significance of this piece of American history, but did you know that this document also has a connection to NASA? Yes, the National Aeronautics and Space Administration. We compiled a few science facts about preserving the Constitution and NASA's role from NASA's Destination TomorrowTM video series.

No worries, all is well now. The Constitution was placed in a new encasement and is currently on display at the National Archives in Washington, DC. You can learn more about NASA's role in preserving the Constitution in the NASA's Destination TomorrowTM video by clicking here.

Also be sure to check out how conservators today preserved the Transmittal Page of the Constitution in this video from the National Archives.