The Art of Scientific Books

You may know that the Smithsonian Natural History Museum contains the Hope Diamond. You may not be aware of one of the museum's other gems, the Cullman Library. The Cullman library is part of Smithsonian Libraries network and contains a collection of 15,000 natural history books published prior to 1840. One of the strengths of the collection is the several hundred rare botany books, many of which contain beautiful hand-colored illustrations. However, these books are not just works of art. They are important scientific documents that allow Smithsonian researchers and other scientists to identify plants they find in the field. 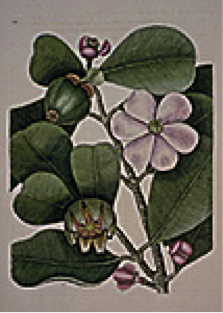 The books reflect the trends in botany throughout the ages. Older books from the 16th century contain descriptions of herbs used to treat various ailments. 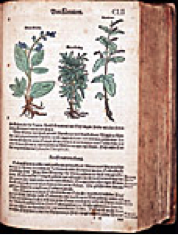 Many books from the 19th century describe species of orchid, a flower that was popular in wealthy households at the time. 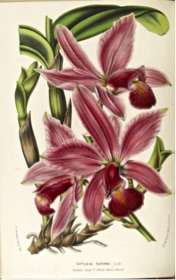 The books are also a record of changes in printing technology through history.  Early illustrations were printed using wood blocks where cutting away parts of the wood produced a raised outline of the plant. Later, illustrations were produced by either etching or engraving the image into copper blocks, which led to finer lines. In both cases the outline of the plant was usually printed, which then had to be colored in by hand for every book.

The Cullman Library is open to the public by appointment from Monday to Friday. However, don't worry if you aren't able to visit Washington, DC, in person. Many of the rare books are available to view online. The Galaxy of Images website contains images from a broad cross section of the Smithsonian Libraries collections. The Biodiversity Heritage Library website contains full versions of 3,000 of the Cullman Library books, with more being added every day.