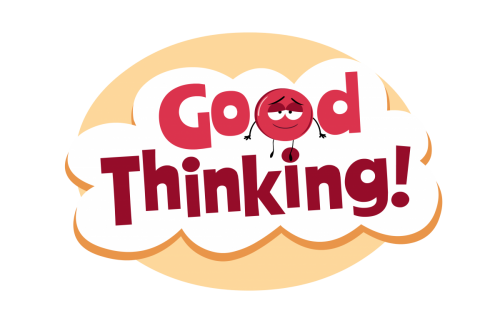 "I did an around the world...around the actual world" -- Albert the Yoyo

The latest episode in the Smithsonian Science Education Center's Good Thinking! series introduces another new classroom guide, Albert the Yoyo. The episode, titled Falling 101, explores the topics of gravity and air resistance, and suggests effective practices for teachers as they work through the subject matter with their students. As the classroom's resident physics expert, Albert (named for the godfather of physics himself, Albert Einstein) guides Ms. Reyes through the material and illuminates common student misconceptions about why and how things fall.

Unlike some of the other classroom guides, including the high-octane Bunsen and gruff Gummerson, "Bert" is a laid-back, relatable character that perfectly embodies the low-key retro essence of a yoyo. Using his string, classroom projector and vast experience with the forces of gravity, Bert is able to transport viewers through space, time, and students' minds to make the teaching of complicated physics principles more straightforward and accessible.

The early concept for Albert's character was loosely sketched from a mashup of assorted media references, including Brian from Family Guy, James Dean, Chef from South Park, Jeff Spicoli from Fast Times at Ridgemont High, and Jake the Dog from Adventure Time. All of these characters shared a low vocal register and laid-back sensibilities, but their differences made the development single, cohesive personality difficult to conceptualize and write into the scripts.

The nebulousness of the character also complicated the casting process, as our team listened to multiple rounds of recorded voice auditions while trying imagine who the final character would turn out to be. This lack of clarity evaporated when we heard the audition of professional radio host, comedian and voice actor J. Lalonde, who delivered an original take on the character that managed to incorporate many of the traits we had been aiming for with our references.

With an original voice in place, Albert's personality quickly took shape. The result is a character that can initially seem "too cool for school" but is ultimately deeply knowledgeable and invested in promoting an accurate understanding of science concepts. With a subject as immense and potentially intimidating as physics, we feel Bert's relaxed demeanor provides an ideal approach.

Meet Albert for yourself by watching his new episode, Falling 101, and stay tuned -- more Good Thinking! topics and characters are on the way!